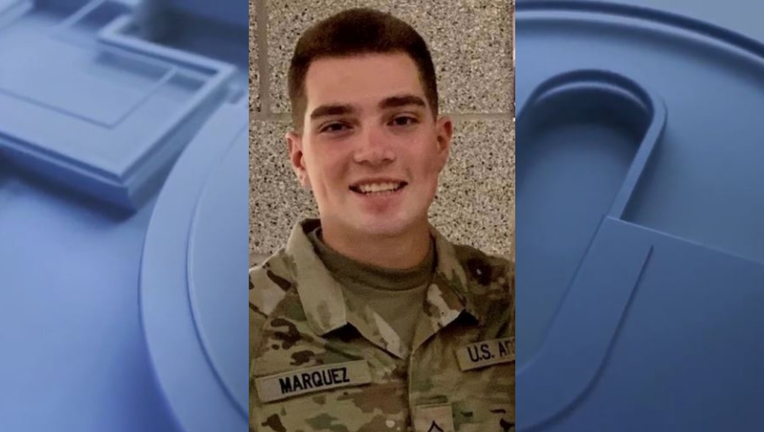 A Joint Base Lewis-McChord soldier was killed and two others were injured in a training exercise in Yakima on Monday, officials said.

He was a Dover, Del. native, joined the army in 2021 and was a member of the 2-2 Stryker Brigade Combat Team, 7th Infantry Division, at JBLM.

"We are deeply saddened by the loss of Pfc. Marquez," said Lt. Col. Michael Filanowski. "Blackhawk Squadron sends its deepest condolences to his family and loved ones. Our prayers and thoughts are with them during this difficult time."

The injured soldiers were taken to Yakima Memorial Hospital to be treated for their injuries and later released.

The investigation into the cause of the incident remains ongoing.