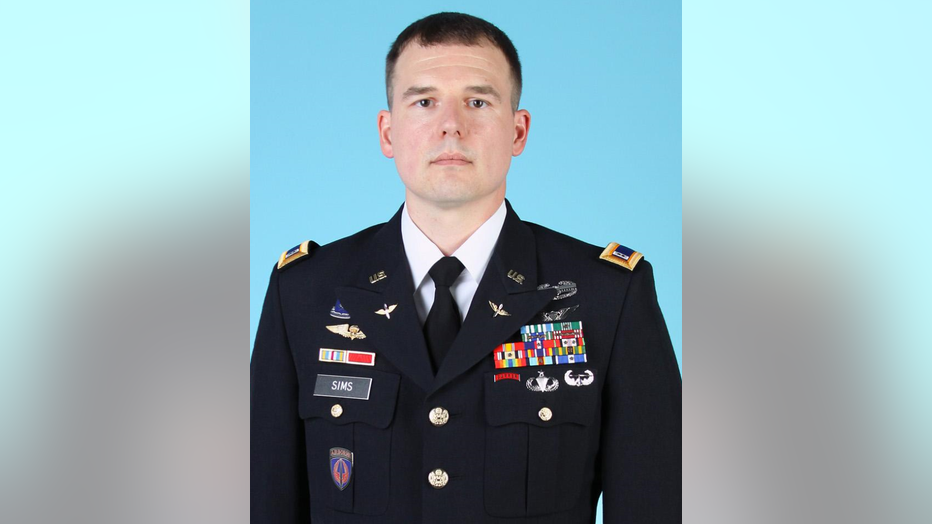 WASHINGTON  -- The Pentagon has released the name of a U.S. soldier who died of wounds sustained in a helicopter crash in eastern Afghanistan.

The U.S. military has said six other crew members aboard the helicopter were injured in the crash. The Defense Department has provided no details about the crash other than saying it wasn't caused by enemy fire.

“Chief Warrant Officer Jacob Sims is one of the many incredible servicemembers who come to our area to serve at Joint Base Lewis-McChord and later deploy to lead difficult missions around the world.

“Our thoughts are with his family during this tragic time, and we join them in mourning the loss of their loved one who took to the sky and bravely volunteered on behalf of his country. I thank the members of the 160th Special Operations Aviation Regiment in support of Operation Freedom’s Sentinel for what they do every day, and we are thinking of them today as they grieve the loss of their fellow Nightstalker. We hope the other soldiers involved in the accident make a full recovery.

“The mission in Afghanistan may not dominate the headlines, but the dedicated members of our military face challenges and dangers there every day. We must continue to keep the mission and all of them in our thoughts and prayers, and remember the 12 lives lost in Afghanistan this year.”