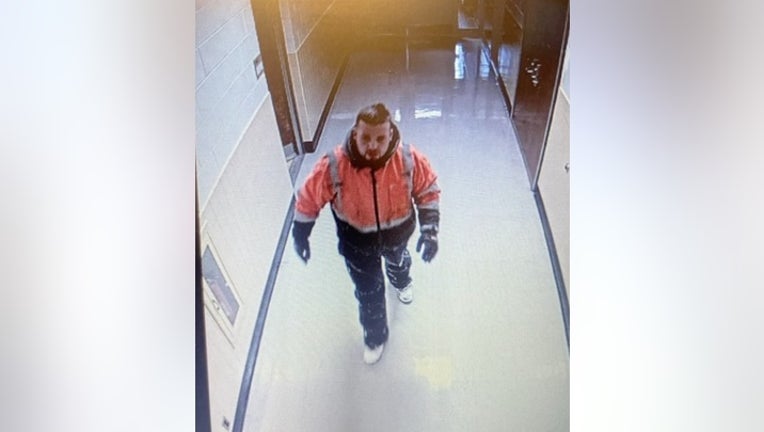 CHEEKTOWAGA, N.Y. - Police say they have found the local hero who is credited with saving several lives and two dogs after he broke into a Buffalo-area school on Dec. 23 to find shelter from last week's deadly winter storm in Western New York.

The Cheektowaga Police Department on Thursday said they had identified "Merry Christmas Jay," who had broken a window in order to bring more than 20 people inside Pine Hill School as a winter storm raged. He is 27-year-old Jay Withey, a mechanic from Kenmore, New York.

"We identified the amazing Jay with the help of his friends and family!" the police department said on Facebook. "Our Chief was able to speak to him and express our gratitude for his heroic actions."

Withey was recognized for his selfless actions during the storm, which helped several people who were out of fuel and trapped in the blizzard. 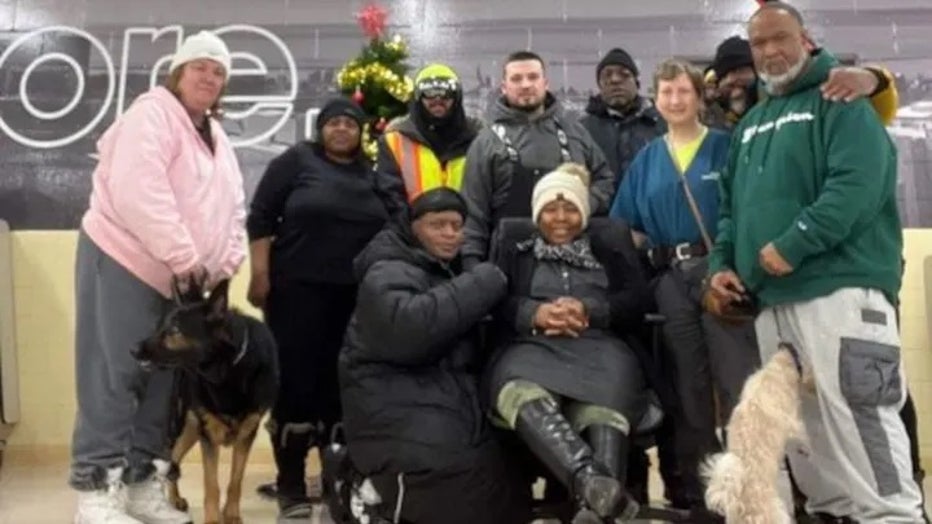 Jay Withey, center, is pictured surrounded by some of the people he helped find shelter from the deadly winter storm in Western New York last weekend. (Cheektowaga Police Department)

"I had to do it to stay alive," Withey told WBEN radio on Thursday.

He explained that his truck got stuck on the road, and he could not find shelter in town.

"I walked to the houses to see if I could find shelter, any house that had lights on. I had $500 that I was offering, to sleep on their floor," Withey said. Unfortunately, no one allowed him to stay in their home.

He spent most of the night sleeping in his vehicle with two strangers, running the engine to keep warm. By Christmas Eve morning, the truck was running out of fuel, and they had to find better shelter. 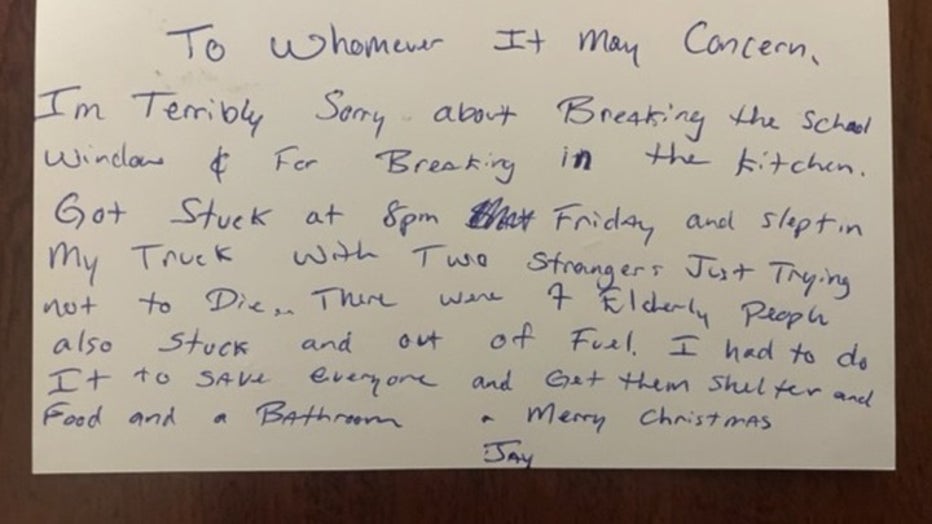 Withey left a note explaining why he broke into the school and signed it, "Merry Christmas, Jay." (Cheektowaga Police Department.)

The school was nearby where Withey got stuck. "I knew the power would be on, there would be heat in there and I was guaranteeing there would be food in there," he told the station.

After Withey broke into the school, he went back outside and braved the elements to gather others who were stranded in the storm. In total, he helped 24 other people into Pine Hill School, where they found shelter and food and were able to use the restroom.

Withey left a note inside the school that explained why he had to break in.

"I'm terribly sorry about breaking the school window [and] for breaking in the kitchen," the note read. 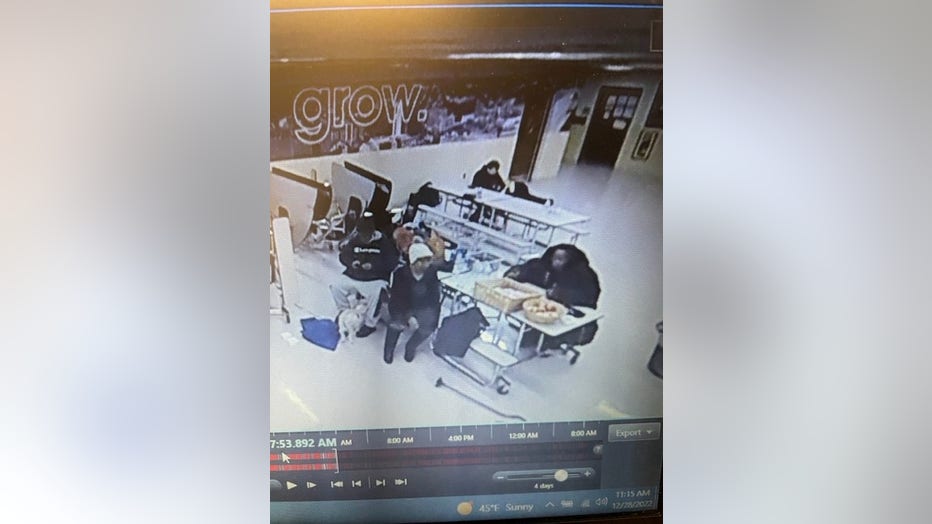 People camp out in a school to escape a deadly blizzard in Western New York (Photo: Cheektowaga Police Department)

"Got stuck at 8 p.m. Friday and slept in my truck with two strangers. Just trying not to die. There were 7 elderly people also stuck and out of fuel. I had to do it to save everyone and get them shelter and food and a bathroom," Withey wrote.

A keyholder at the school had received an alarm about a break-in on Friday evening, but police couldn't immediately respond due to the deteriorating weather.

When an officer eventually made it to the school later that weekend, he found the note from "Merry Christmas Jay."

Cheektowaga police reviewed surveillance footage from inside the school and said they "witnessed people taking care of people."

"There was a freezer full of food but no one touched it. They only ate what was necessary to stay alive. They used the gym for the kids to play and pulled the smart boards out of the classrooms to watch the news for updates," the Cheektowaga Police Department said. 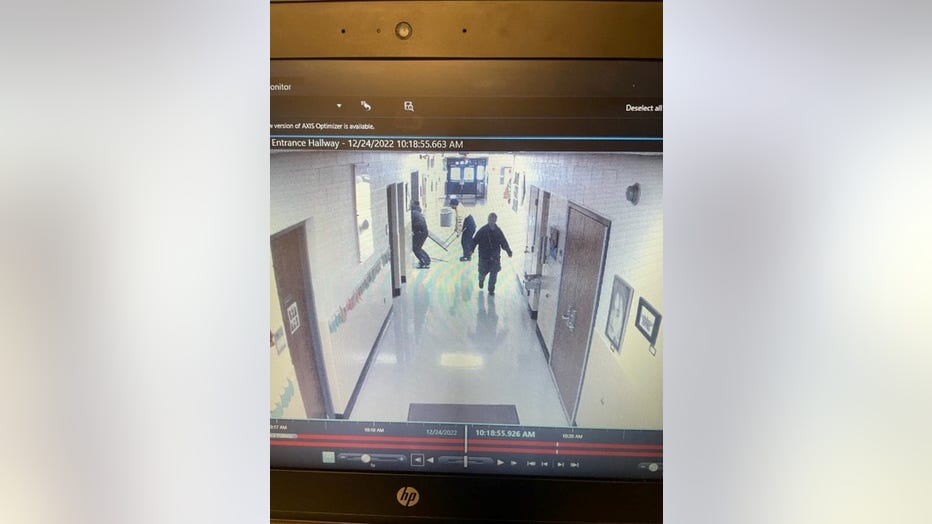 Police said the people who had to shelter in a school during a deadly blizzard cleaned up so well, "you never would have known anyone was there." (Cheektowaga Police Department)

"They had 2 dogs they were also attending to. When they were finally able to leave safely, you never would have known anyone was there."

At least 39 people died from the winter storm, which pounded Buffalo on Friday and Saturday.

More than 30 people have died in the Buffalo area after a historic blizzard. FOX Weather's Robert Ray is in Buffalo and joined LiveNOW from FOX's Josh Breslow with a look at the current situation.

Withey, who is being lauded as a hero, told WBEN he now believes "everything happens for a reason," because had he found shelter elsewhere that Friday night, the people he rescued could have died in the storm.