Jason Sidell is accused of trespassing at a pet store and stealing multiple items.

Snohomish Police officers say he had already been legally trespassed from Bridges Pets when he returned and stole multiple items. That raises the crime from a theft to a Burglary.

Surveillance cameras caught him stealing a Rok Dog leash and putting it on his pet inside the store, then stuffing patches for service dogs into his pockets and other items down his shorts before walking out without paying. 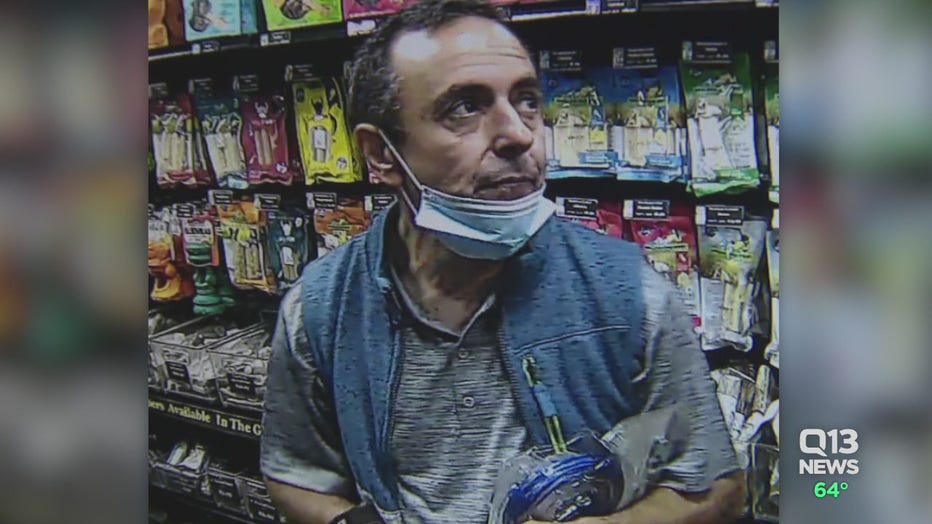 "We're just a small business so it hits us a lot harder than much bigger places around here, but people that come in here and steal don't really care about that," said Colton Smith, who works in loss prevention at the store.

I researched Sidell's criminal history and found that he has a current pending case for Harassment\Threaten to Kill/Bodily Injury as well as convictions for Theft 2, Displaying a Weapon, which was amended down from Assault 2 with a Deadly Weapon, Theft 3rd, Menacing, Assault and Attempted Malicious Mischief 2nd degree was was amended down from Malicious Mischief 2nd degree and Felony Bail jumping. 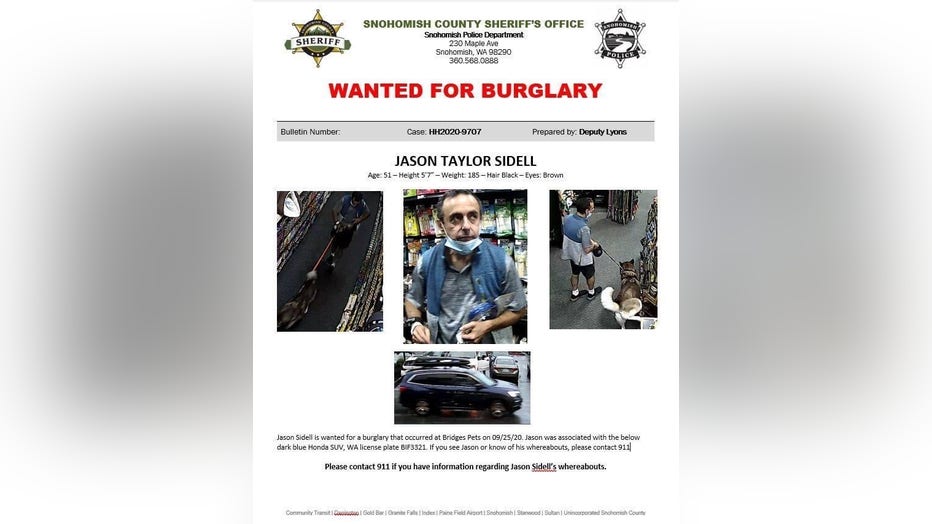 He may be in the Capitol Hill area of Seattle. Please call 911 if you spot him or his vehicle. If you wish to remain anonymous, submit a tip to Crime Stoppers of Puget Sound through the P3 Tips App on your cell phone or call 1-800-222-TIPS for a cash reward of up to $1,000.