SNOHOMISH COUNTY -- May is Missing and Unidentified Persons Month.

Right now, there are more than 540 families in our state who are dealing with a loved one who has disappeared -- some like ‘Jane Doe’ in Snohomish County are found but remain unidentified.

She was brutally murdered in August of 1977, strangled and then shot seven times in the face by convicted killer David Roth. Police used her remains to create a sketch of what she may have looked like.

She was wearing blue tennis shoes, a tank top and a gold-colored Timex watch with a brown leather band.

"She was probably 15-21 years old, but most likely 16-19,” says Snohomish County Det. Jim Scharf. "It would mean a lot to me to find the family that she belongs to and be able to tell them exactly what happened to her.”

Next Thursday, May 19th, Det. Scharf and Victim Support Services will have a booth set up a The Snohomish County Superior Court Plaza on Rockefeller Ave. in Everett from 11am to 2pm to draw attention to all of these cases and they invite you to stop by for more information. 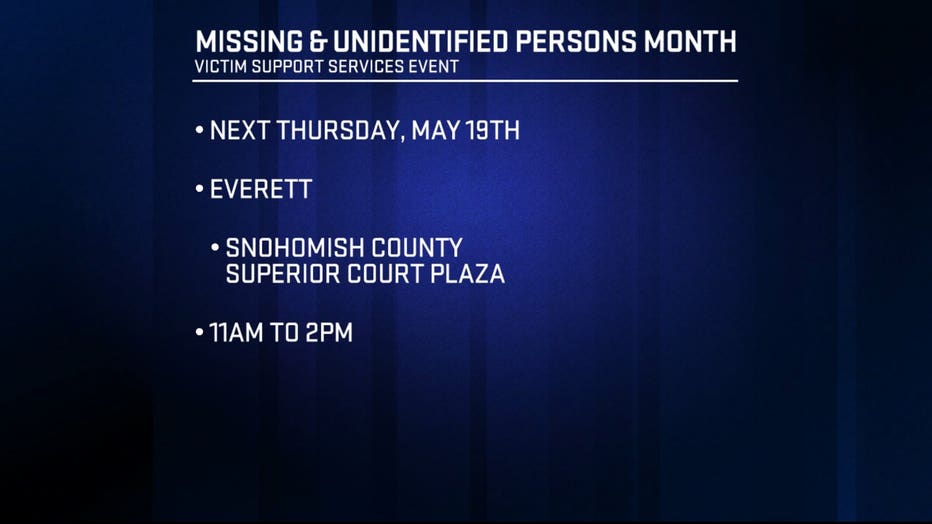