WASHINGTON -- James Brady, former press secretary to Ronald Reagan who was severely wounded in a 1981 assassination attempt on the President, has died, the White House said on Monday.

Following the shooting of Reagan in Washington that left Brady partially paralyzed and in a wheelchair, he became one of the nation's most prominent gun-control advocates.

Reagan's first press secretary, Brady was one of four people hurt when John Hinckley opened fire on Reagan as he left a hotel.

After leaving the White House, Brady launched the Brady Campaign to Prevent Gun Violence, which pushes for stricter firearms laws.

He inspired the so-called Brady Bill, which was a fiercely fought over measure that requires background checks for gun purchases. 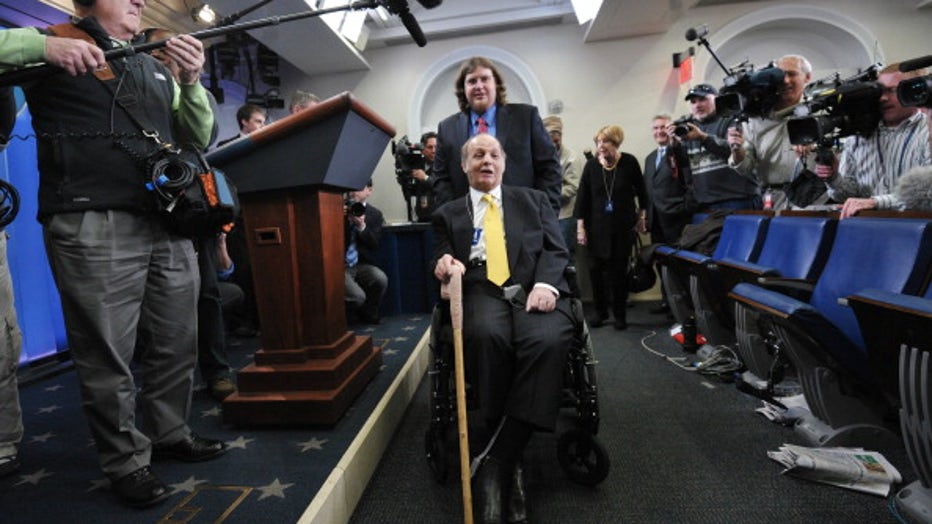