COLLEGE PARK, Maryland -- A Maryland school bus driver was hailed as a hero after the bus she was driving caught fire Monday. The driver, identified by a parent as Reneita Smith, safely got each and every student off of the bus and away from danger.

"A big THANK YOU to our school bus driver Reneita Smith who just saved 20 elementary school kids from a bus fire that completely destroyed the bus," Fazlul Kabir posted on Facebook. "Reneita took each one of the 20 kids from the bus one by one, but also went into the empty bus again to check if everyone was out, while it was still burning." 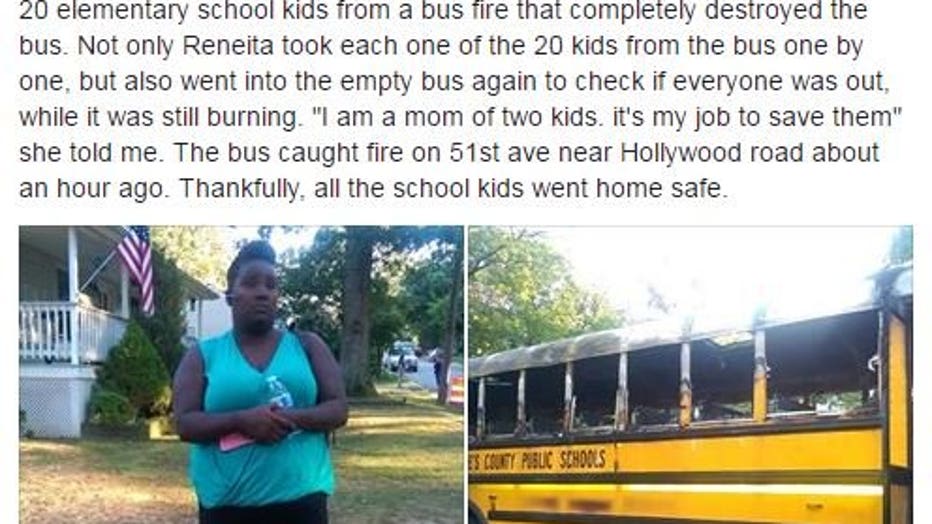 "I am a mom of two kids," Kabir recalled Smith saying as the bus burned. "It's my job to save them."

The fire was reported at about 4:45 p.m Monday along the 9600 block of 51st Avenue in College Park. The cause of the blaze remains under investigation.