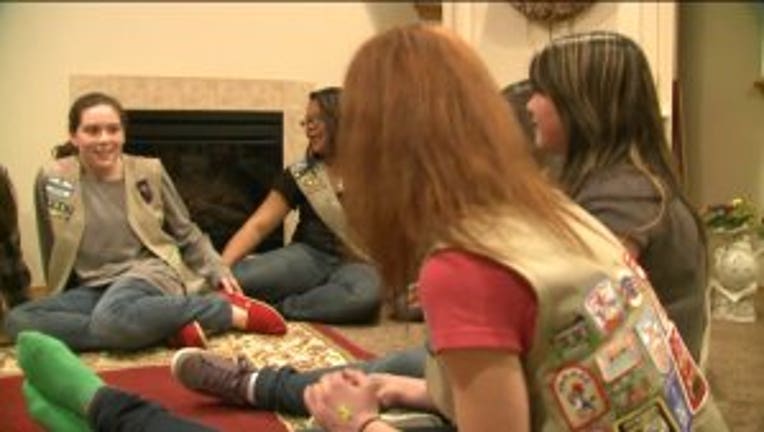 MARYSVILLE -- A break-in in Marysville broke some young hearts.

The thief or thieves broke into a storage area and made off with goods donated to a group of Girl Scouts -- goods that the girls were going to sell to help pay for a trip to Europe.

“It’s like you stole from Girl Scouts; who does that?” asked 14-year-old Shannon Davidson, one of the Scouts.

“It’s not about the stuff being stolen, it’s that it’s our fundraiser,” said Christene Thomas, 14, another Scout.

Troop leader Jo Starkenburg said, “It was just really disappointing, and I felt violated for them.”

Starkenburg said the crooks took off with a donated Xbox console and games, tools, appliances, designer clothing and more.

"You just stole from a bunch of 13- and 14-year-olds, I hope you're really proud of yourself for that," Starkenburg said, as if talking to the thief.

The burglars took about $800 in the donated products, but the Scouts said they’ll raise more money for their trip.

"We'll get back up, we’ll raise some more money, and we’ll go on our Europe trip,” said Shannon. “We’re going to work twice as hard.”