SEATTLE (AP) — Researchers have confirmed a new calf born to a pod of endangered orcas in the Pacific Northwest is female.

Scientists believe the whale was born in late May. They have designated her J56. 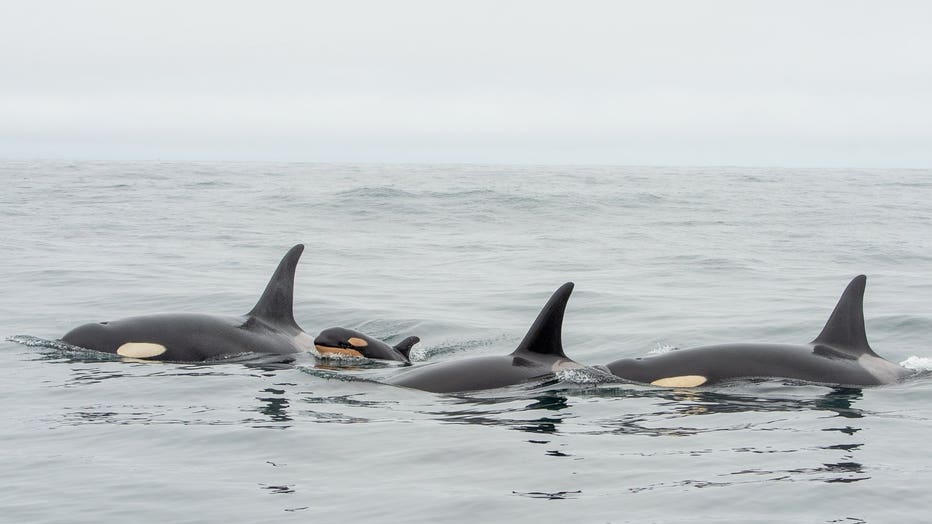 She is the second calf born in the last five months to southern resident killer whales that frequent Puget Sound and other waters around Washington state and British Columbia.

In January, researchers identified another orca calf in the L pod, L124 or Lucky. That calf was last seen back in March and appeared to be in good health.

The births are welcome news for a southern resident population that dropped to more than a 30-year low last year. Declining prey, pollution and boat noise all threaten the whales.

Southern residents were spotted in the Salish Sea last week after an unprecedented two-month absence.

Southern resident orcas typically inhabit the waters of the state of Washington and British Columbia during spring and summer, but experts say the orcas hadn't been seen in the Salish Sea for two months prior to Friday.

It's suspected the J-, K- and L-Pods were in the outer coast searching for a reliable source of food. Experts say this new behavior is symptomatic of a drastic change in their habitat.

After an unprecedented absence, multiple sources confirmed to Q13 News that the endangered southern resident orcas are back in inland waters.