DAVENPORT, Wash. - Chase Hubbard was on a volunteer firetruck chasing one of a dozen wildfires burning in Washington when he realized his own family's ranch was in the line of destruction.

Hubbard, a third-generation rancher in Lincoln County, hopped off the truck and rushed to save what he could, but there was nothing he could do.

"The hay’s gone. Our winter pasture is gone. We're still trying to find 14 (cows)," Hubbard told Q13 News. "It took generations to build this, and it was gone in less than three hours." 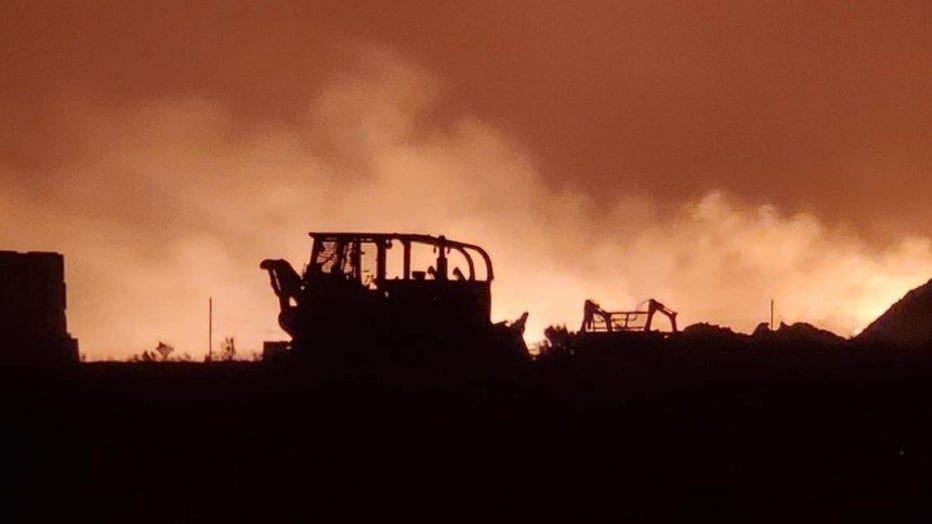 Ranchers and beef producers hit by massive wildfires in eastern Washington are facing extraordinary loss. And while fellow ranchers are rallying to help each other with hay and other immediate needs, the aftermath could take years to overcome.

"Once they’re able to get through this winter, they’re going to need land to graze their cattle on, and that’s going to be very hard to come by," said Patti Brumbach, executive director of the Washington State Beef Commission. "It's devastating when your livelihood can be swept up by fire and raging windstorms, and you can't protect your animals."

Brumbach said hay and fence lines are some of the bigger needs in the short-term, but long-term, ranchers will have to find a place to send their cattle now that their grazing land is gone.

Hubbard's ranch alone lost 1,400 tons of hay - essentially their entire winter stockpile - along with 44 miles of fencing. At a cost of $10,000 per mile of fence, you do the math. 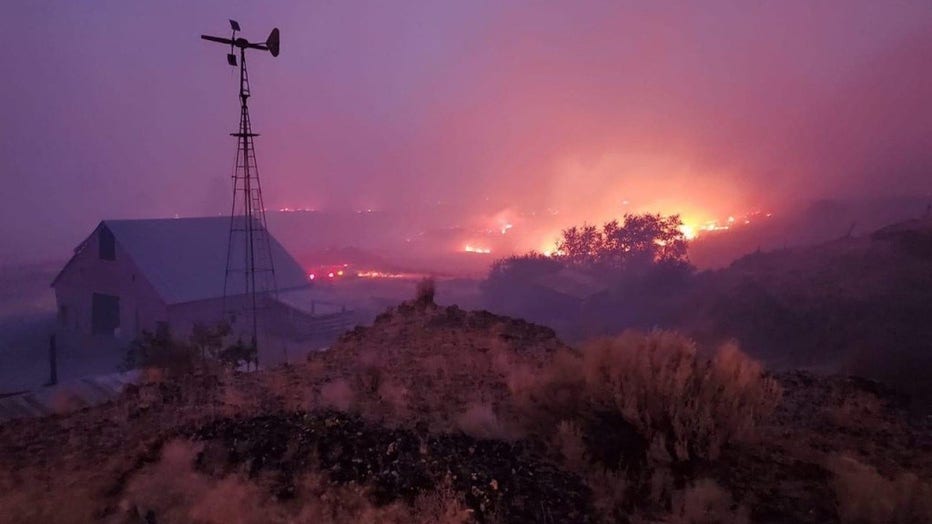 "There's a lot of hay this year, that's the bright side, but there are 30 (cattle) producers just in this fire. That doesn't include Okanogan and eastern Oregon," Hubbard said.

Brumbach said it's too early to tell how many cattle were lost in the fires. Because those animals weren't immediately bound for market, the damage likely won't trickle down to consumers, but that could change as producers try to pick up the pieces.

"People are trying to be nice ... They say, 'At least it didn’t hit your house,' and they’re right. But ultimately, if I could’ve had a choice ... I’d take the house every day. A house is just a place to live ... but ranching is how we make our living, and as of right now we don’t really have a way to make a living. That’s the scariest part."

Despite the long road ahead, Brumbach said it's not all grim: There are thousands of beef producers in this state coming together to help each other out.

"People show up," she said. "That part of the story is just so special."

If you'd like to help, you can donate through the Washington Cattlemen's Association.