TUKWILA, Wash. - A well-organized crime was caught on camera showing a car being stolen from a body shop parking lot.

Surveillance video shows an F250 pickup with a canopy pulling into The Mod Garage in Tukwila around 1 a.m. Wednesday morning.

For two hours, three men are uninterrupted and caught chaining up a white 2018 Subaru WRX STI and pulling it away.

Ryan Parshall, a performance mechanic and co-owner of the garage reviewed the footage and says the alleged thieves started in the back of the shop.

"This guy comes around boom, hits it with a hammer breaks the window," Parshall said.

The car now sitting in the garage taped up after the men snuck their hands through and opened the rear passenger door to find an OEM steering wheel and stole it.

From a different angle, video shows the men rummaging through the car inside the console and glove box but don't find anything.

The performance mechanic has been at ease knowing – he has surveillance cameras, an alarm system and a security guard who patrols his shop, but that night, not a single patrol.

"Just sucks because if they would've rolled through that night they might have stopped them from stealing the car at least," Parshall said.

A car Ryan has dedicated countless hours, sweat and pride into to upgrade it to make Johnny Melton’s dream come true. 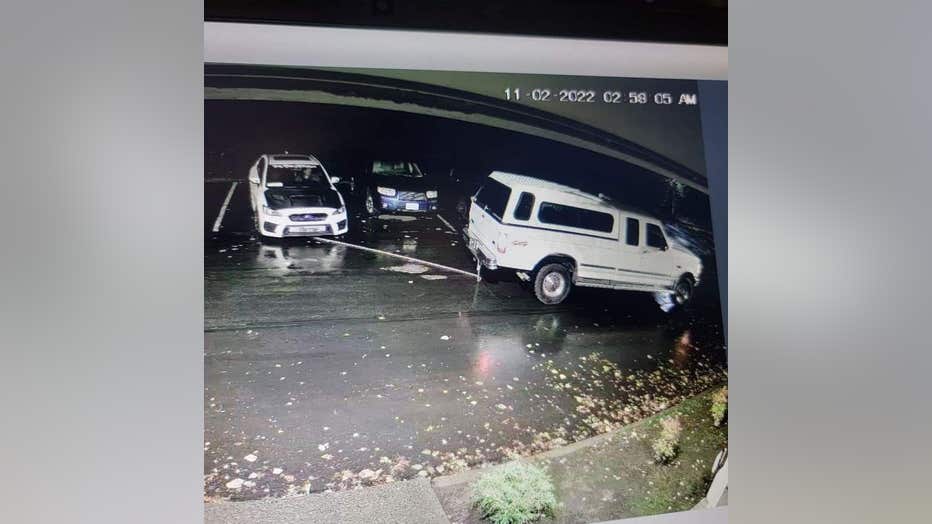 "It breaks my heart," Melton said. "It’s Like, they took one of my kids, it’s horrible I feel violated."

Pushing back tears, Johnny says this car is priceless to him.

He and his dad Johnny Senior started working on it two and a half years ago, halfway through, his dad got COVID and unfortunately died from complications, but Johnny didn’t give up.

"I sold my house to build this car the way I wanted it," Melton said.

The work evident after he shared pictures of what’s under the black carbon fiber hood.

He’s spent a total of $92,000 upgrading his car, money and memories yanked from the lot.

"It was horrible, I was just disgusted," Melton said. "It's disgusting to watch someone take something away from you like that."

Johnny fears the shop was targeted. The attack brazen and careless as the men's faces are seen clear as day on video.

Ryan believes one of the men is linked to a theft reported last week.

He says around 5:30 am last Thursday a man, wearing a black hoodie walks up, peeked through the door, grabbed a piece of fencing from the parking lot and reaching through his key drop box for a set of keys.

"He happened to see the key on the floor and fished it out," Parshall said.

Video then shows the man walking away.

He says he’s feeling defeated as a business owner and frustrated for his clients now dealing with the aftermath.

"I just have a bad feeling it's in pieces," Melton said.

He and Ryan are not the only ones reeling.

The Puget Sound Auto Theft Task force says statewide more than 31,000 vehicles have been reported stolen through September of this year compared to 33,499 in all of 2021.

"I just hope that they don't come back, I hope that no one ever tries to break into the shop," Parshall said.

The car was found in rough shape Friday morning in the parking lot of a nearby apartment complex.

Tukwila Police are looking into the theft urge anyone who has any information to email tips@tukwilawa.gov or call (206) 241-2121.