Burglars break into Issaquah home while man is asleep

An Issaquah man was woke up early Saturday morning to learn that burglars had gained entry to his home -- he was shocked to find a woman inside his room going through his things.

ISSAQUAH, Wash. - It was just after 6 a.m. when Kellen McKinney woke-up inside his Issaquah home, he didn’t recognize the woman that was rummaging through items on his desk so he groggily said, ‘Hello?’

The woman didn’t sprint downstairs, instead she responded and walked down the steps before rushing out the door and running down the driveway. As McKinney would later learn from watching security footage three people had spent roughly 20 minutes outside of his home knocking, walking around and looking for an easy point of entry. 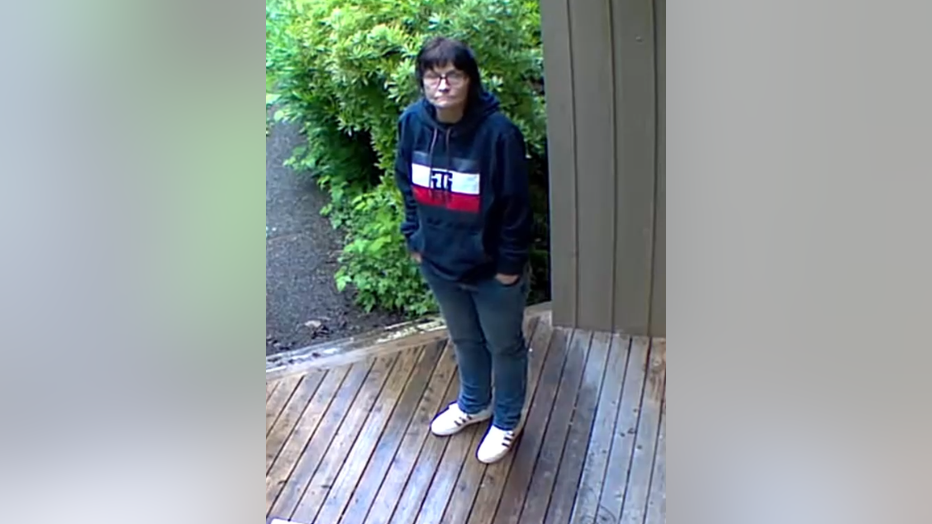 A picture of the woman McKinney says was inside his room when he woke-up on Saturday morning, this image was taken from a Blink camera outside of his front door.

"I’m just kind of pissed at them, I guess," said McKinney, a day later inside his home. "In a way, it’s like they took memories away from me."

McKinney said the burglars didn’t make off with anything extremely valuable. Mostly they took small items that would be easy to sell: some guitars, his backpack with his wallet inside, and some cigar boxes. The guitars, gifts from his brother and a friend – full of memories. Inside his backpack? An enamel pen his friend had made before they passed away.

"That’s why I’m more angry than anything."

McKinney knows it could have been worse. He wasn’t harmed, but he’s frustrated.

According to his credit card company, the group tried to charge roughly $1 thousand worth of goods at a Lowe’s store that’s about 15 minutes from his home. The purchase was declined.

Now, he’s working with the King County Sheriff’s Office to find the people.

Two of the three suspects can be spotted on camera footage entering, and exiting his home. A third was visible inside a white car that had parked in front of the garage – with cameras clearly visible – before the vehicle was re-parked across the street as the theft unfolded.

As for the Sheriff’s Office, a sergeant tells FOX 13 that they’re investigating the case as a residential burglary.

For homeowners concerned about burglary, tips are available on the King County Sheriff’s Office page on how to slow down criminals from accessing your home – they note: "Research shows that if it takes more than four or five minutes to break into a home, most burglars will go elsewhere."

If you recognize any of the people in the photographs above, you can earn up to $1,000 for help identifying the suspects. You can provide information using the P3Tips mobile phone app, by visiting their site, or by calling 1-800-222-TIPS (8477)