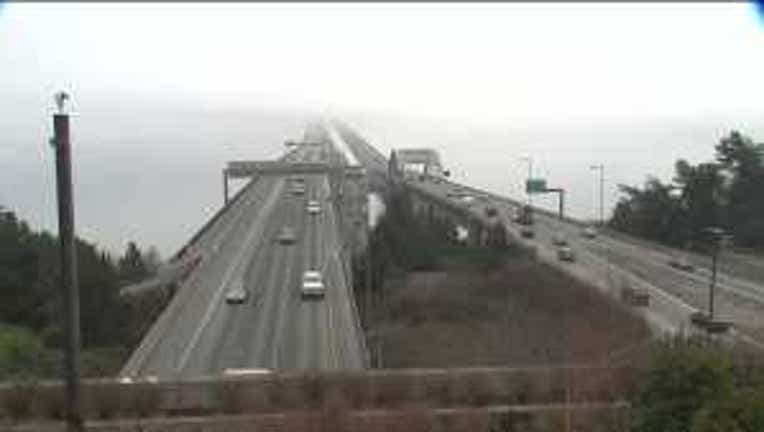 SEATTLE -- The I-90 bridge is one of two major arteries across Lake Washington and it's the only free option. Now the Washington State Department of Transportation is asking if there should be a toll there, too.

"We're just beginning a study," said Craig Stone, the WSDOT's assistant secretary for tolling. "The Legislature asked us to start this process. We'll look at it. There's no predetermined decision here.”

WSDOT has two issues to consider. Tolling on the State Route 520 Bridge diverted 15,000 more cars onto the I-90 bridge, something the agency says needs to be balanced. The bigger bump in the road is finding funds to close the $1.2 billion gap to finish the new 520 Bridge. Tolling might be a necessary evil.

"We're not getting more funds from Washington, D.C., from the federal government to complete our projects,” Stone said. "So, really the state of Washington, either through traditional sources, such as a gas tax or looking at tolls as a direct user fee, (may be needed) to help pay for that bridge."

Tara Craig is one of 10,000 people who received a survey from WSDOT asking their opinion about future tolls. She was shocked when she opened her mailbox to find the letter.

"That is frustrating,” Craig said. "Yes, it’s a lot of money. I know I've talked with a few friends and people are contemplating moving one way or another based on the tolls, and I know people have already started doing that.”

She's not the only concerned commuter who has to cross the lake.

Mercer Island resident Ash Hawkey said, “We can't not drive on them. There's no alternative option. I don't have a plane or a boat.”

Zachary Price is a Seattle resident who drives to Bellevue every day for work. He said, "I take I-90 and on days traffic is really heavy, I take 520 because it seems like there's less traffic.”

This survey is only the beginning. More questions must be answered before WSDOT makes a recommendation to the 2014 Legislature.

To take part in this public comment session between Jan. 22 and Feb. 22, visit www.wsdot.wa.gov/tolling/i90