THROOP, Pa. -- What's 38 inches tall, 228 pounds, and eats 110 pounds of food a month? This is no riddle; this is a true story of a big dog in Lackawanna County whose owners are trying to get him into the record books.

When he comes at you at a gallop, you might mistake Bentley for something else.

"Basically the common reaction is, 'Is that a horse?'" Bentley's owner Bob Magliocchi told WNEP.

Magliocchi and his family in Throop, Pa., have always had Great Danes, but never one like Bentley. He's the biggest by far, and now possibly the biggest in the world.

They are in the process of applying for Bentley to be documented in the Guinness Book of World Records as the world's tallest living dog.

He stands 38 inches tall from paw to shoulder. He has an appetite, too, eating about 30 pounds of dog food a week.

Even though he is 228 pounds, Bentley considers himself a lap dog. 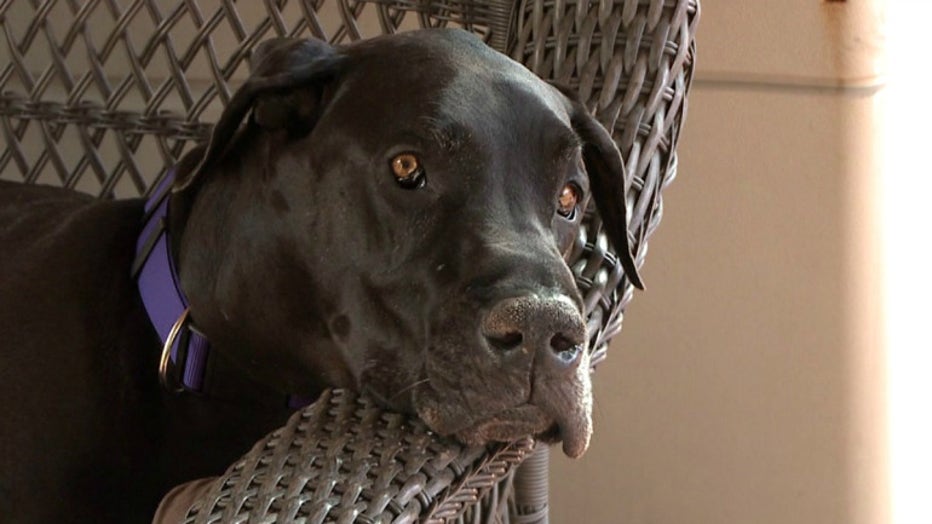 Bentley is the textbook definition of a gentle giant. His owners didn't think the 5-year-old would make the record books until this year.

"I think by the vets, they were actually shocked by his size that he was because they said they never saw one his size, either," Magliocchi said. "So, once they told me, 'don't let him get over 240,' I sort of then realized that he is a large one."

Large enough to help himself, while we were there Bentley performed his famous party trick, getting his own ice from the ice maker.

Bentley and the Magliocchis should know before the end of the year if Bentley's picture will be in the record book. They haven't planned any celebrations just yet.

"Maybe we'll get him a cake," Magliocchi said.

After all, worldwide notoriety isn't the kind of attention Bentley craves.