WASHINGTON -- It's one of science fiction's greatest unfulfilled promises, right up there with teleportation and time travel.

And, no, Terrafugia hasn't built us a Tardis or promised to beam us up. But they say they're closer than ever to giving us a flying car.

This week, the Woburn, Massachussetts-based aerospace companyannounced it has begun feasibility studies on a car capable of vertical takeoffs and landings. The TF-X would be a four-seat, plug-in hybrid electric vehicle, according to the company. 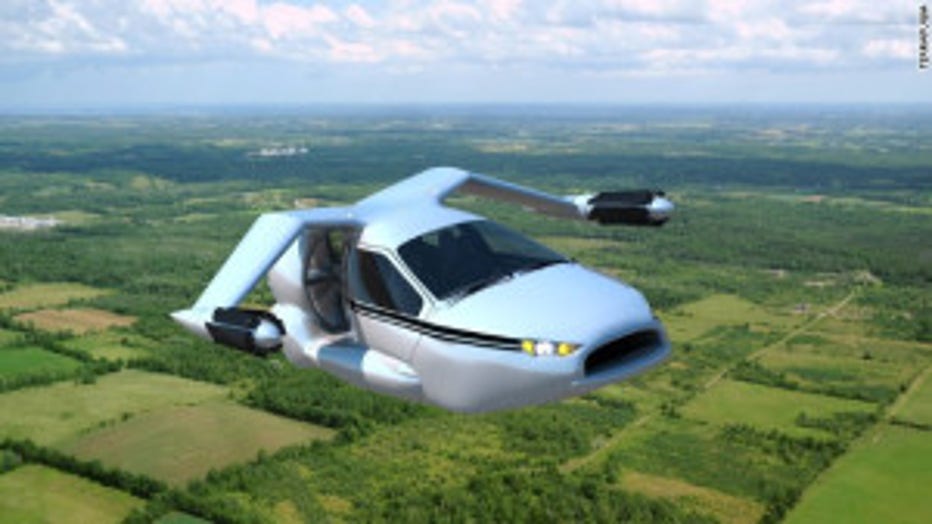 “We are passionate about continuing to lead the creation of a flying car industry and are dedicating resources to lay the foundations for our vision of personal transportation,” Terrafugia CEO Carl Dietrich said in a media release. “Terrafugia is about increasing the level of safety, simplicity, and convenience of aviation.  TF-X is an opportunity to provide the world with a new dimension of personal freedom!”

Lest you think  the company is just getting our hopes up for some cheap publicity, know this - they've already created a flying car of sorts.

The Transition is a street-legal vehicle that's designed to fly in and out of airports. It was successfully flown for the first time in 2009. The second-generation version of the Transition performed a driving-and-flying demo last year.

The new TF-X project comes as work on the Transition shifts "from research and development to certification, production, and customer support activities," the company said.