SEATTLE -- The occupied protest zone in Seattle's Capitol Hill neighborhood known as the CHOP is getting some extra safety measures from the city.

The barriers will help to prevent cars from driving through the protesters, which happened last week, while also leaving a travel lane for emergency responders.

Although the occupied protest has remained largely peaceful since it popped up more than a week ago, residents and business owners in the area have raised safety concerns over police response times tripling and officers not responding to calls inside the zone.

Mayor Jenny Durkan said Tuesday that the city is making changes to accommodate the protesters while still protecting nearby businesses and residents.

"While there have been inaccurate and misleading depictions of the CHOP from the president and some national media, the city believes first amendment activities can continue," the city said in a prepared statement Tuesday.

The area adjacent to Cal Anderson park on Pine between 10th and 11th will remain closed. This street is now home to the Black Lives Matter street art. 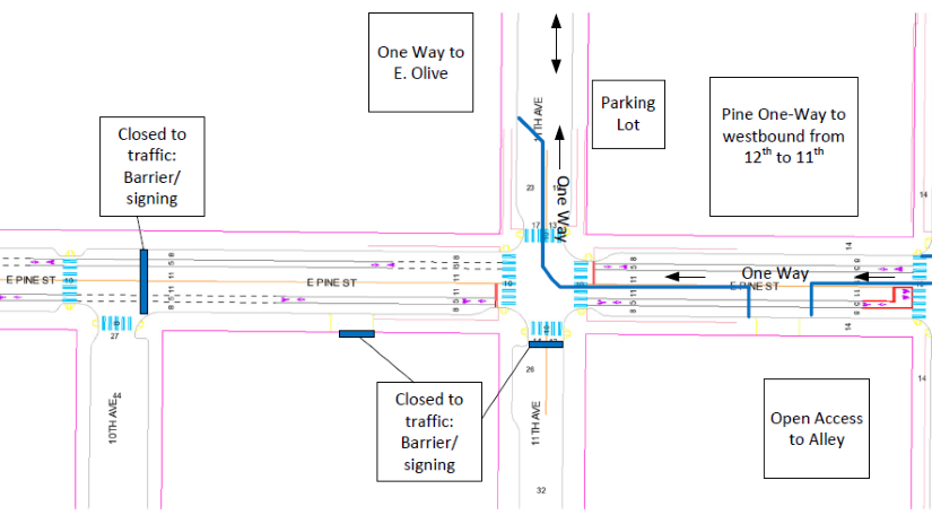 The city said police officers will enter the zone only for life-threatening incidents, which could include an active shooter, assaults, building fires or significant medical emergencies, like a heart attack, stroke or trauma.

Police Chief Carmen Best has maintained there's no "cop-free zone" in the city, but said last week that it wasn't her decision to abandon the East Precinct.

"If you’re asking about the current situation, it’s not one that I like. We do have to make sure we balance public safety with our ability to engage with the people who are there," she said Monday afternoon.

The protesters say they're trying to show how society can manage without police intervention, but the movement has received much national attention and drawn scorn from President Trump.

Trump has repeatedly called the protesters anarchists and threatened to intervene if Gov. Jay Inslee and Mayor Jenny Durkan allow it to continue.

Barriers being moved at CHOP in Seattle

Barriers being moved at CHOP in Seattle