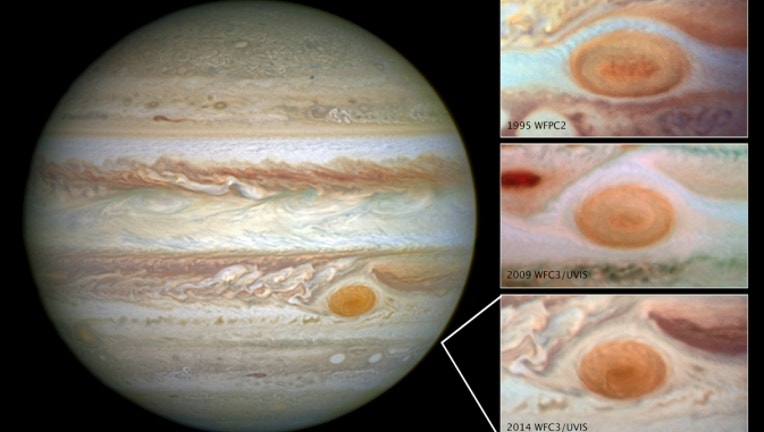 GREENBELT, MD -- The Great Red Spot on Jupiter is losing some of its size but gaining a new shape according to new images from NASA.

Amy Simon with NASA's Goddard Space Flight Center in Greenbelt, Maryland said the new images confirm the swirling anti-cyclonic storm has shrunk to the smallest size ever measured by the space agency.

The Great Red Spot is now 10,250 miles across is still larger than Earth, but significantly smaller than historic observations dating back to the 1800s which guard the storm to be as large as 25,500 miles on its long axis.

Simon said the shape has also change from oval to circle over time.

In 2012 observers began noticing that the spot was shrinking more rapidly than in previous year.  NASA estimates it is now losing size by some 580 miles per year.

"In our new observations it is apparent very small eddies are feeding into the storm," said Simon. "We hypothesized these may be responsible for the accelerated change by altering the internal dynamics and energy of the Great Red Spot."