SEATTLE, Wash. -- Any Washingtonian has heard it said before. Something to the affect of:

"Sure the winters are rough, but just wait for July and August. That makes all the rain and dreariness worth it."

As the Northwest sits mired in unhealthy air quality, many are wondering if this is the new normal. This heavy, smoky air. Will the wildfire smog be the new dreariness of summer, like the drizzle in our winter months?

Has Seattle lost its summers to smog?

Despite our reputation for healthy living and a healthy environment, during summer months Washington has among the worst air quality in the U.S.

A University of Washington-Bothell study found air quality in Eastern Washington, Idaho, Montana and parts of Oregon account for some of the worst air-quality days in the country.

The increase in wildfire size, intensity and frequency is largely due to climate change, Jaffe said. A shorter winter, lighter snowfalls and more sunny days are already amping up wildfire season.

Last year, smoke from wildfires in British Columbia made it way to Western Washington, causing worse air quality than Beijing.

On Tuesday, Seattle rated 162 on the Air Quality Index, making it unhealthy for all groups. Tuesday's AQI in Beijing was 41. Four out of five of the country's top 5 worst air quality ratings are in Washington state. 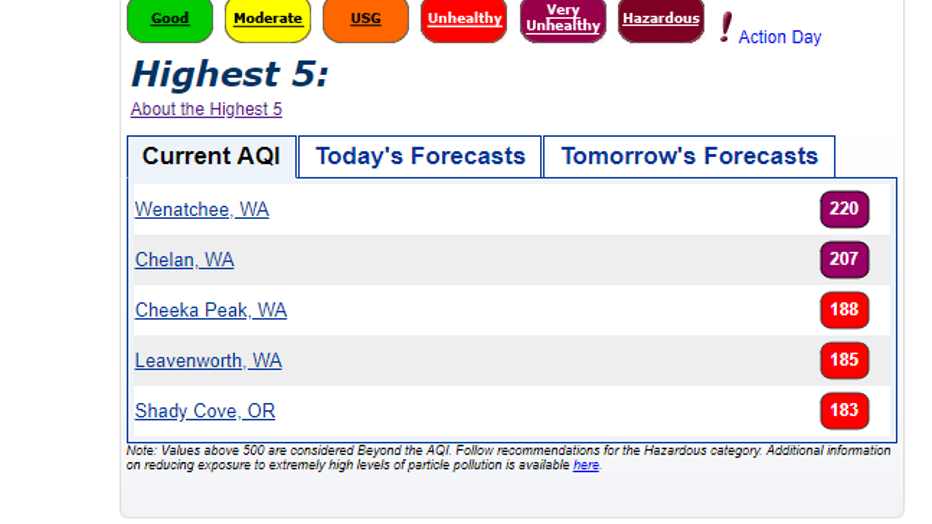 Scientists agree forests fires will burn longer and larger with climate change. While the east side of the mountains will continue to see more smoke as fires burns, scientists aren't sure how Puget Sound will fair.

First, there needs to be fires. Second, a high-pressure system needs to keep the air fairly stagnant or wind blowing in the right direction.

There will be more fires, McKenzie said. But it's unknown if the winds will change to bring more smoke here.

"Some folks are saying that we are going to be a refuge here because we got that air coming off the Pacific Ocean," McKenzie said. "And it will continue to do so, and most of the models will say it will happen most of the time."

But it's not happening now, and he says predicting wind patterns with climate change is notoriously difficult.

McKenzie admits it's dreary looking outside into the smoke. Fires are a natural part of a forest's life, however, and he speculates the smoke in the Puget Sound was worse 200 years ago due to untapped fires.

"I don't feel apocalyptic about it," McKenzie said.