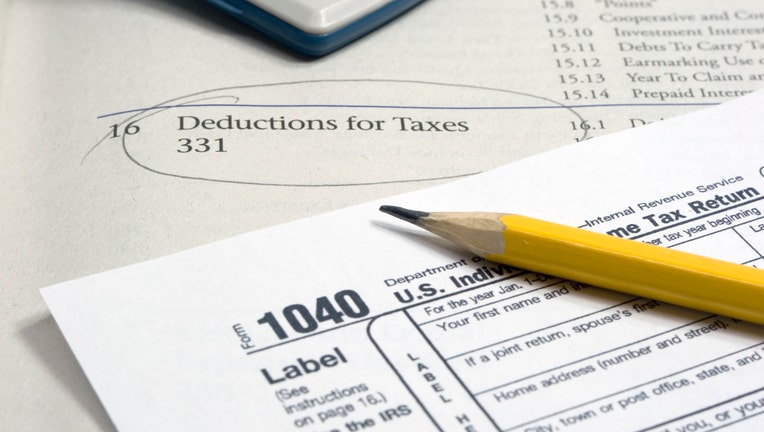 Industry experts are urging the Internal Revenue Service to provide targeted relief for taxpayers ahead of what's likely to be "frustrating" tax season as the agency wades through a deluge of unprocessed returns from previous years.

In a Tuesday letter, the National Association of Taxpayers (NATP) called on the IRS to take "reasonable action" to reduce unnecessary burdens on tax professionals and taxpayers alike, as the agency grapples with "unforeseen and long-lasting difficulties" posed by the COVID-19 pandemic.

IRS TAX-FILING SEASON TO KICK OFF ON JAN. 24

"The coronavirus pandemic has created enormous challenges for taxpayers, tax professionals and the IRS. It is time to take steps to ameliorate the situation," the letter said. "Implementing reasonable penalty relief measures, that the IRS can offer immediately, are necessary to help not only taxpayers and tax professionals but also the IRS during these challenging times."

The NATP, which sent the letter alongside four other tax-advocacy groups, asked the IRS to discontinue automated compliance actions until the agency is fully prepared to devote the "necessary resources for a proper and timely resolution of the matter."

It also said the IRS should align requests for account holds with the time it takes the agency to process any penalty abatement requests.

The IRS, the industry groups said, should consider offering a "reasonable cause penalty waiver" that is similar to the procedures of first-time abate administrative waiver without hurting an individual's chances at receiving that waiver in the future.

A recent report to Congress from National Taxpayer Advocate Erin Collins warned that the IRS took too long to process taxpayer responses to its notices, further delaying refunds and in some instances, leading to premature collection notices – an occurrence that prematurely hurts low-income Americans.

The IRS sent tens of millions of notices to taxpayers in 2021, including 14 million math error notices, automated underreported notices (where an amount reported on a tax return did not match the corresponding amount reported to the IRS on Form 1099), notices requesting a taxpayer to authenticate his or her identity and collection notices.

In many cases, taxpayer responses were required; if individuals failed to respond – or they did and the IRS failed to process it due to the severe backlog – it could "take adverse action or not release the refund claimed on the tax return," Collins wrote.

The difficulty this season – which officially begins Jan. 24 – stems from a massive pileup of unprocessed returns accrued during the pandemic. In her report, Collins estimated the IRS had a backlog of more than 8.6 million unprocessed individual income tax returns and 2.8 million business returns as of mid-December. It also had close to 5 million pieces of unanswered mail.

By comparison, the IRS usually enters the tax-filing season with fewer than 1 million remaining items to address.

There are several reasons for the delays. The IRS was grappling with office closures as well as the Herculean task of delivering millions of stimulus checks in 2020 and 2021, all while trying to adapt to major changes to the tax code in the middle of the filing season. The agency is also grossly understaffed; it has 20,000 fewer staff than it did in 2010, and its budget is roughly $11.4 billion – 20% less than it was in 2010, when adjusted for inflation, according to the Congressional Budget Office.

On top of that, more than 20% of the IRS customer service workforce has been unable to work for pandemic-related health reasons over the last two years.

Treasury Department officials urged taxpayers to file their tax returns as soon as possible, noting that individuals do not need previous returns in order to submit their 2021 returns. Americans are encouraged to file electronically with direct deposit in order to avoid potential delays and receive their return within 21 days.

The tax-filing season officially begins on Jan. 24 and will end on April 18 this year for most individuals, rather than the usual deadline of April 15, because that's when Emancipation Day will be observed in Washington, D.C.

READ MORE: Child tax credit: How families can get the rest of their money in 2022