SEATTLE -- The U.S. Senate had its chance Tuesday to grill Internal Revenue Service leaders about the targeting of conservative organizations. It coincided with protests around the country from Tea Party groups, including several in our area. 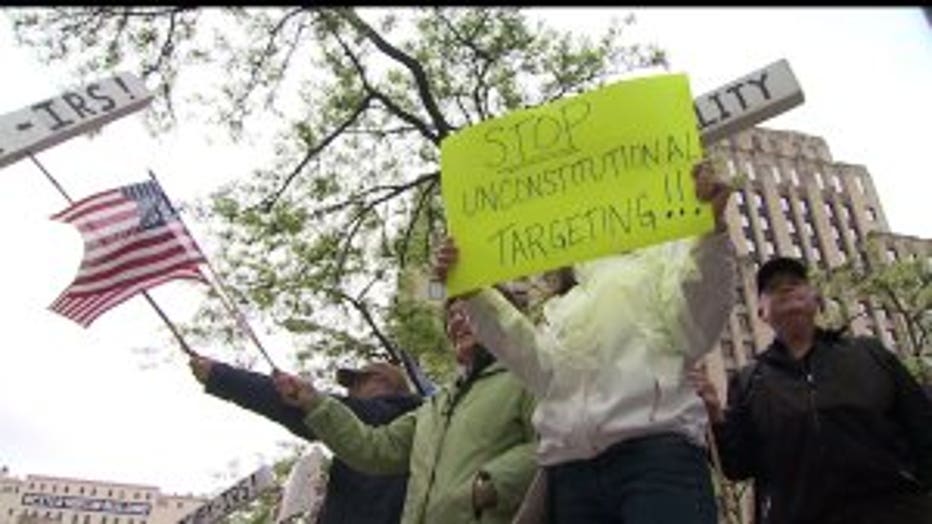 In downtown Seattle, there were members of the leftist Occupy Movement standing alongside conservative protesters to express their outrage as well.

“Once the genie’s out of the bottle, you can’t get it back in, and that’s the problem,” said Sean Walsh, an active member of the Occupy Seattle protest group. “So, that’s why I’m down here. That’s why the Occupy Movement is represented here.”

Another protester, Tricia Blevins, who was there as a conservative, expressed her anger at the recent scandal.

“This administration wants to shut everybody up, and they are using and abusing their power through the IRS to do it,” she said.

“How did this happen?” asked Sen. Max Baucus, D-Mont.

“I can't say that I know that answer,” responded Schulman.

Baucus was neither pleased nor convinced.

“I'm kind of disappointed,” Baucus said. “You've had time to think about this, and you certainly have more thoughts than that."

“Foolish mistakes were made by people trying to be more efficient in their workload selection,” Miller said. “The listing described in the report, while intolerable, was a mistake and not an act of partisanship.”

Despite the controversy, despite all the recent controversies involving the administration, President Barack Obama’s poll numbers have not been dented, at least not yet.  All major news organizations show Obama holding steady since early April.