Ironbound: Half ton shark tracked off coast of New Jersey

Researchers are following the path of a half ton shark named Ironbound, who has been wandering along the east coast over the past year.

PHILADELPHIA - Researchers are tracking the migration patterns of a half ton great white shark who has been spotted off the New Jersey coast in the last year.

Measuring over 12-feet in length, Ironbound most recently pinged near the Outer Banks in North Carolina. Researchers with OCEARCH have followed Ironbound's path over the last year which spans from Canada to the Carolinas.

Sharks with GPS trackers, like Ironbound, will ping whenever its fin break the surface of the water. Ironbound was tagged back in 2019 and came within 80 miles of New Jersey's coast during its latest pass. 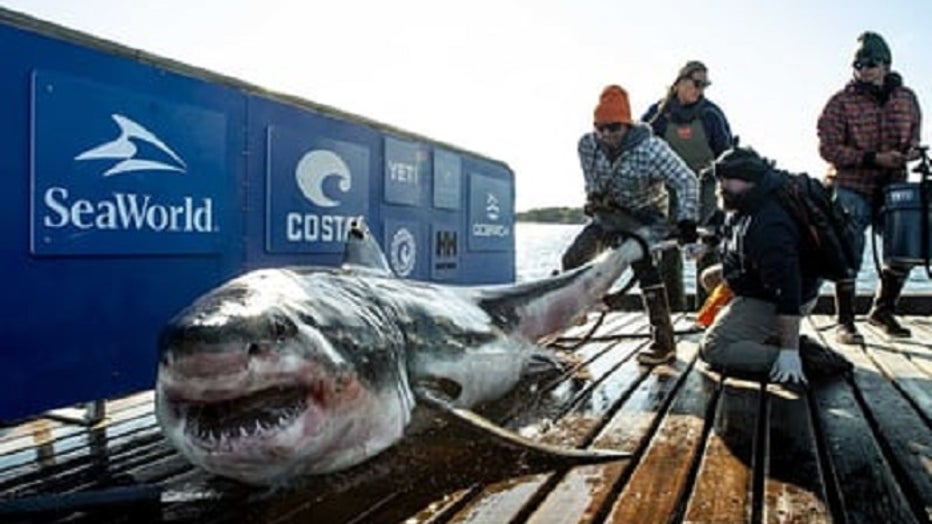 OCEARCH says Ironbound is following the migration path that many great whites in the Atlantic Ocean make every year. Since researchers started following Ironbound, it has covered over 13,000 miles.

"He has now made the trip down to the Florida Keys and back up to Canada a couple of times. He's on his sort of his third lap," OCEARCH Chief Scientist Dr. Bob Hueter said.

Ironbound is described by researchers as a Canadian White Shark that will swim to Canada in the summer to feed on the seal population in Nova Scotia.