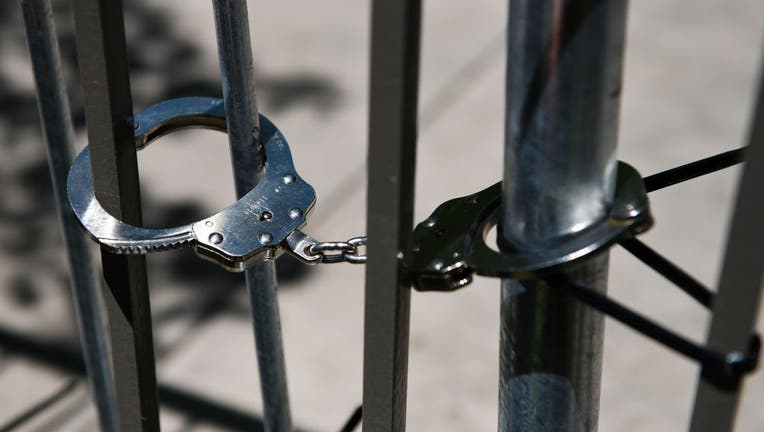 FILE - Handcuffs are pictured holding barricades together at a rally on June 27, 2020, in Aurora, Colorado. (Photo by Michael Ciaglo/Getty Images)

SPANAWAY, Wash. - Federal marshals have arrested an Iowa man in Washington state who has been on the run for six years after allegedly faking his own death to avoid a trial on child pornography charges.

Jacob Greer, 28, was arrested Monday in Spanaway, Washington, U.S. Marshals for the Southern District of Iowa said in a news release.

Greer had been living in Des Moines in April 2016 when he was arrested by Immigration and Customs Enforcement officers on child pornography possession charges, federal officials said. He was released on bond after that arrest and ordered to wear a GPS tracking ankle monitor while under pretrial supervision.

About a month later, officials learned Greer’s ankle monitor had been removed, and a search turned up Greer’s vehicle with a suicide note inside. When no body was found, a federal arrest warrant was issued.

In June 2016, the U.S. Forestry Service found another vehicle in a Montana campground that investigators said Greer had bought and used to flee Iowa, along with money, a bow and arrows and a backpack full of survival gear.

Investigators said Greer was a survivalist and believed he had plans to live off the land in remote areas of the Northwest U.S. or southern Canada, hiding out in abandoned cabins.

Greer was being held Thursday at the Federal Detention Center in Seattle and is set to be brought to Des Moines to stand trial, the release said.