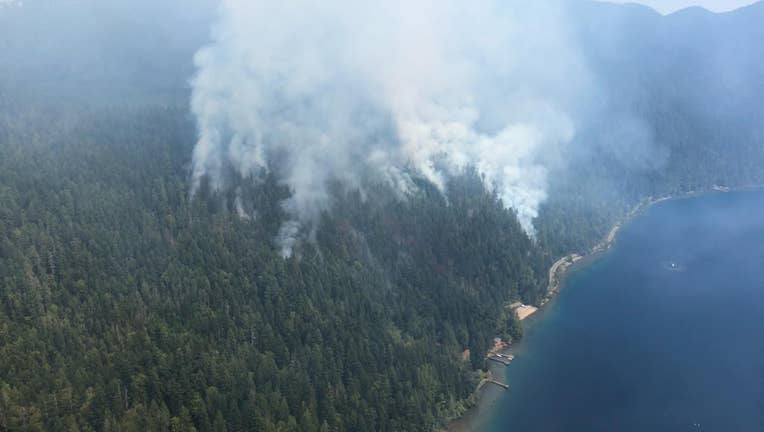 The fire had burned more than 60 acres just north of East Beach Road as of Wednesday.

The cause is still under investigation, but it's "suspected of being human ignited," the National Park Service's investigative unit said in a news releease.

The fire is burning primarily on a south facing slope in steep heavy timber with shrub understory and is being pushed uphill by terrain driven winds. Heavy smoke and isolated single tree torching may be visible.

The fire is being managed by Olympic Interagency Fire Management.

Day use recreation sites along East Beach Road in Olympic National Park are closed to the public at this time.

Anyone who was in the area the afternoon of July 29 and noticed people doing things that could have caused a wildfire is asked to report it using this link, call or text the tip line at 888-653-0009, or email nps_isb@nps.gov

"You don't have to tell us who you are, but please tell us what you know. Information from other visitors is often extremely valuable," NPS investigators said.