MAPLE VALLEY, Wash. - Investigators say they may have a break in the case of a deadly hit-and-run of a Maple Valley man.

"I miss him so much, I have his ashes in a box, and it sits on the coffee table during the day and when I go to bed at night I bring it into the bedroom and I set it on his nightstand," said Greg’s wife, Michelle. 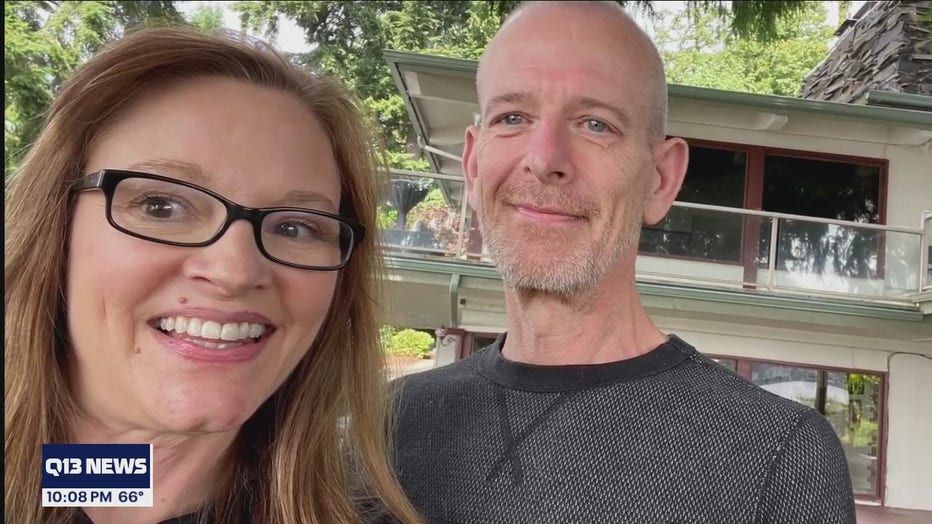 Greg, an avid runner was hit and killed on a road not far from his home early Sunday, July 18.

Hit-and-run cases are historically difficult cases because the crime is almost always random, making it harder to identify a suspect. But in this case, detectives have been able to form a timeline.

Surveillance video captured Greg running at 6:10 am. Based on his location, they believe he was hit at 6:16 am. About a minute later, a gray Toyota Camry, believed to be an older model between 2002-06 was seen running a stop sign just up the road from where Greg was hit.

Detectives also found a piece of a vehicle left behind at the scene that appears similar to a Camry. Investigators say it’s crucial for the community to call in tips on this case, as they say the rural location makes it easier for someone to hide a car on their property.

"When this first happened, I was willing to consider forgiveness, and, maybe I will be again but at this point I’m just angry."  Michelle said it’s been hard to fathom that if the Camry is the car who hit Greg, that the other driver following the Camry has also not come forward. "I would’ve understood that they maybe panicked in the moment, but it's been three weeks."

Michelle is doing everything she can to find the answers she so badly needs. The family has set up a website whokilledgreg.com and raised over $35,000 for a reward.

Detectives ask that if you have any tips to please call them into Crime Stoppers, where you can remain anonymous if you’d like. You can call in tips using the P3 tips app on your smartphone or by calling 1-800-222-TIPS.