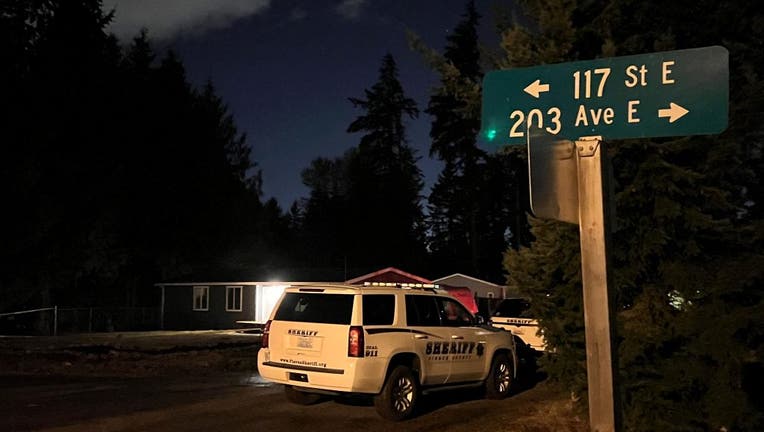 According to the PCSD, deputies responded near the corner of 117th St. E and 203rd Ave. E for reports of a suspect using a firearm to intimidate another person.

A few minutes after arriving at the scene, deputies called dispatch to report shots fired. No deputies were injured.

Authorities say the suspect quickly surrendered, and was taken to a nearby hospital for minor injuries.

The Pierce County Force Investigation Team will handle the investigation, and provide further information as soon as it becomes available.