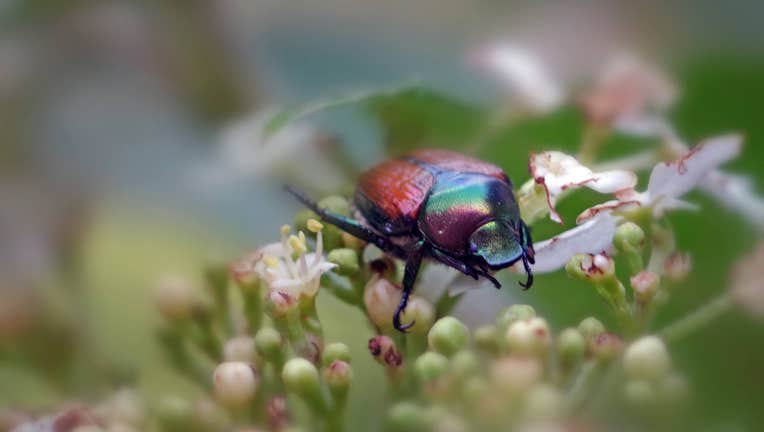 Photo from the Washington State Department of Agriculture

YAKIMA, Wash. - Thousands of invasive Japanese beetles have been caught in the Lower Yakima Valley this summer and pose a threat to the agricultural industry.

Last year, traps across the state caught three beetles. This year, more than 23,500 have been captured since late June, the Yakima Herald-Republic reported. Most were found in the Grandview area but some have made it to Sunnyside, WSDA agricultural aide Nasario Gonzalez said.

"We have no idea where they just came from overnight," Gonzalez said.

Amber Betts, spokesperson for the Washington State Department of Agriculture, said they have tracked the beetle’s activity since the 1980s and occasionally one would be found, mostly near a point of entry like an airport. But there is no explanation for the exponential growth in the past year. 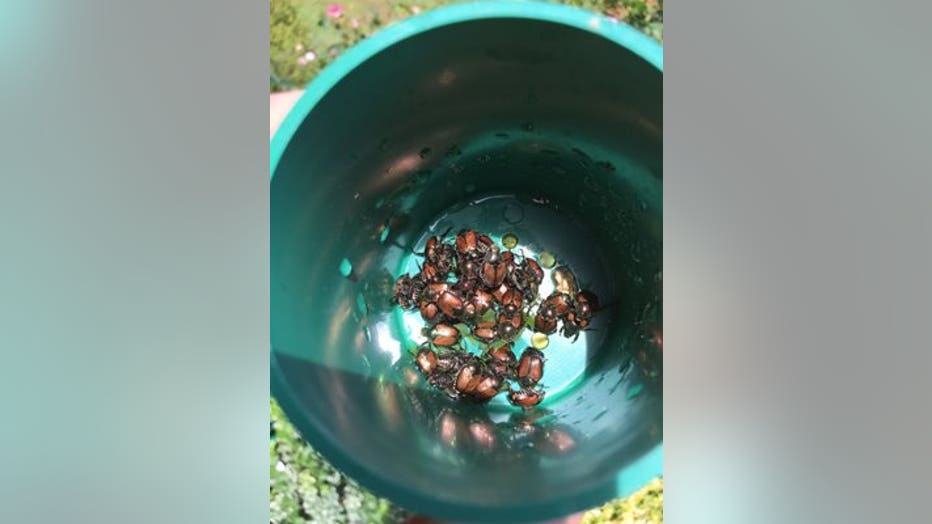 Photo from the Washington State Department of Agriculture

A Grandview resident gave the department a picture from last year of the beetles swarming and destroying her roses. It prompted the department to dramatically expand its trapping efforts, Betts said. There are 1,900 traps statewide, most in Grandview.

Adult beetles will eat more than 300 types of plants, including foliage, roses, grapes and hops — "all the things that make money here," Betts said. If the bugs were to gain a foothold in the area, it could be bad news for local growers, she said.

WSDA asks that residents report suspected sightings, including the number of beetles with the report.