SEATTLE - Officials are warning about the Asian giant hornet, a new invasive species found in Washington state that can pack a powerful sting and can be a threat to honeybees. 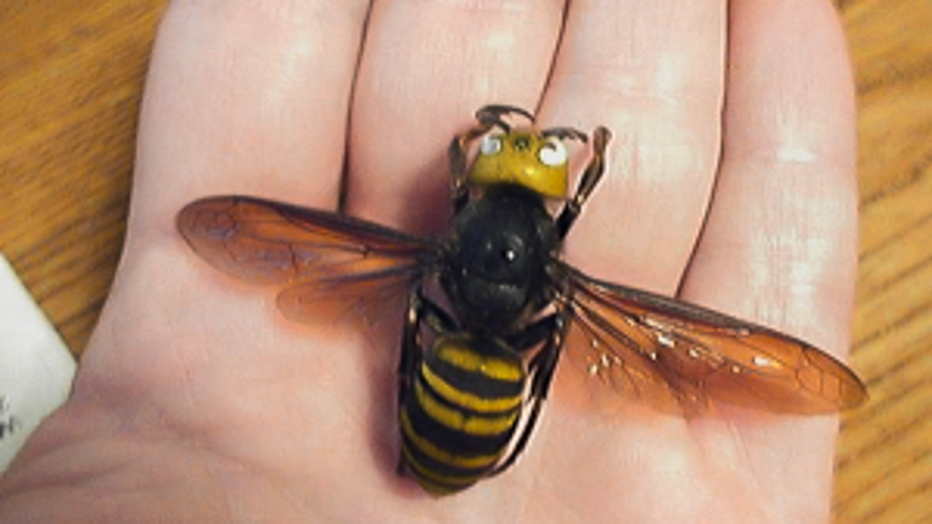 The Washington State Department of Agriculture said the bug was found in Blaine near the Canadian border in December. The state's health officials are now warning people in the area to be on the lookout and avoid the hornets, which are typically an inch and half long with large yellow heads.

The species isn't usually interested in humans or animals but may sting if they or their ground nests are disturbed or threatened.

If you are stung, officials recommend washing the area with soap and water and applying a cold compress to reduce swelling. If symptoms get worse, call your doctor.

Agriculture officials are concerned because the hornets feed on insects like bees and can quickly destroy honeybee hives.

If you think you may have spotted an Asian giant hornet, report it to WSDA’s pest program and, if possible, include a photo.