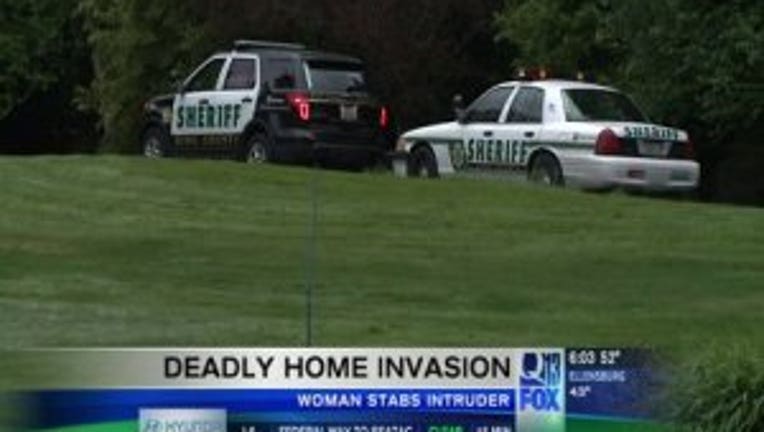 NORTH BEND -- Tuesday afternoon the King County Medical Examiner released the identity of the intruder killed early Monday morning when he entered a couple's home and attacked the husband.

Kenneth Edward Boonstra, 48, was stabbed to death after Kyle and Tennyson Jacobson woke to find him in their home.

Investigators said Boonstra and Kyle got into a struggle in the home when Tennyson grabbed a knife from the kitchen and stabbed Boonstra to death, saving her husband.

Police are still investigating the incident in an effort to determine how Boonstra chose to break in to the Jacobson's home and whether or not he was the same person who attacked and robbed Tennyson Sunday afternoon.