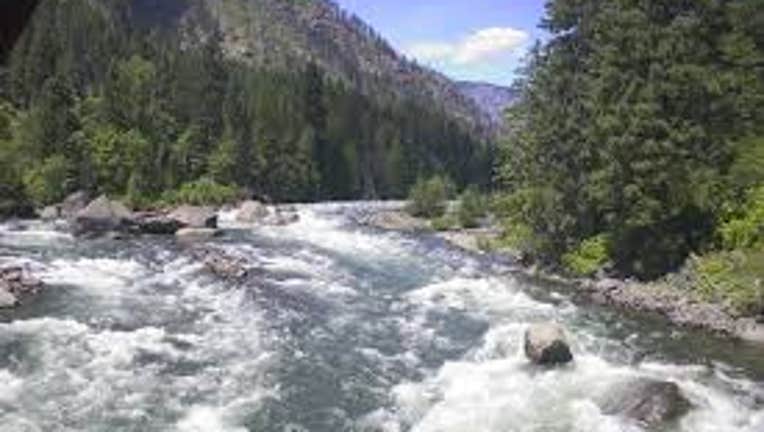 CHELAN COUNTY -- A 54 year old man drowned while attempting to navigate a portion of white water rapids of the Wenatchee River in Tumwater Canyon around 4 p.m. Saturday afternoon, said a spokesman for the Chelan County Sheriff's Office.

The man was ejected out of single person 'Creature Craft' white water raft while negotiating through 5+ level rapids near milepost 94 on Hwy 2.

He was with a group of other white water rafters in similar vessels.

After he was ejected, the man tried to swim downstream through the rapids, but witnesses told emergency officials they lost sight of him shortly thereafter.

He was later found unconscious and unresponsive in an eddy downriver near the west bank of the river by fellow rafters.

They immediately pulled him into another raft and performed CPR until ambulance crews arrived.

The victim was transported to Cascade Medical Center in Leavenworth where he died.

Witnesses told the sheriff's office that the victim's inflatable raft, which is designed to turn completely over in the water as needed and then right itself, had tipped to the side while he was in the rapids. He was ejected out of his thigh harness safety belt and into the water.

The victim was wearing a personal flotation device, wet suit, and helmet at the time of the accident.