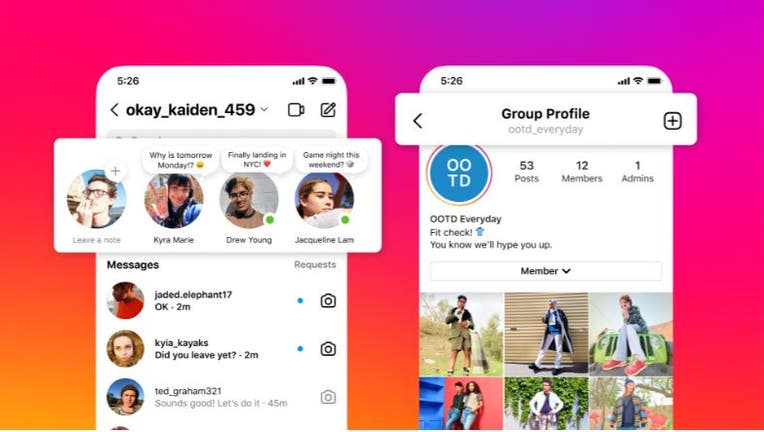 Instagram announced a new set of features, including a new way to share your thoughts called "Notes," and a feature called "Candid Stories" that appears similar to the rising social media app BeReal.

The company said it was beginning to roll out Notes, which are short posts of up to 60 characters using just text and emojis that appear at the top of a user’s inbox. The feature was quickly compared to the AIM away messages and Facebook statuses of yesteryear by many online. 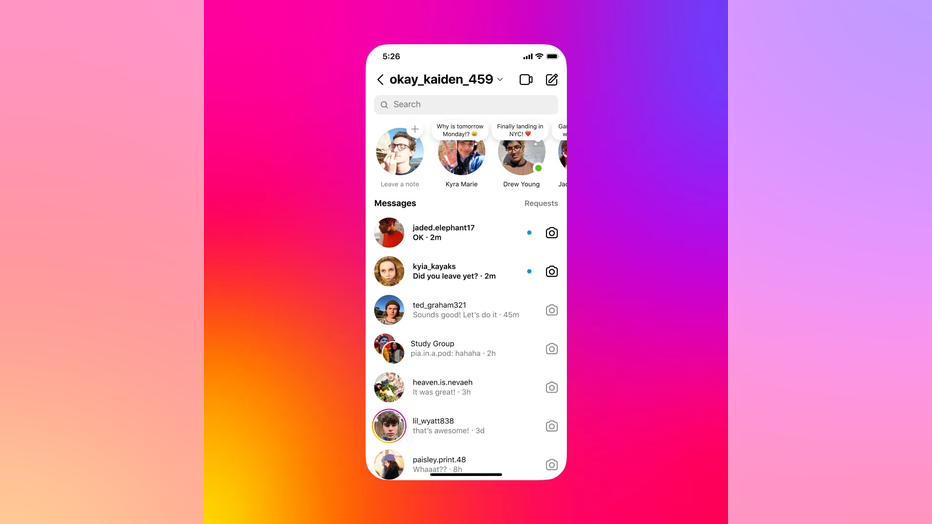 The "Notes" feature is shown in a provided image. (Credit: Meta/Instagram)

Replies to notes arrive as direct messages in a user’s inbox.

"During testing, we learned that people liked having a lightweight, easy way to share what’s on their mind and start conversations," Meta said. "From asking for recommendations to sharing what they’re up to, Notes give people a casual and spontaneous way to express themselves and connect with each other."

RELATED: Checkmarks and labels: How to navigate Twitter’s latest tools

Another update being rolled out is called "Candid Stories," which Meta said Instagram was beginning to test. A candid can be captured from the stories camera, the multi-author story at the top of the feed, or from a daily notification reminder that starts after your first candid. 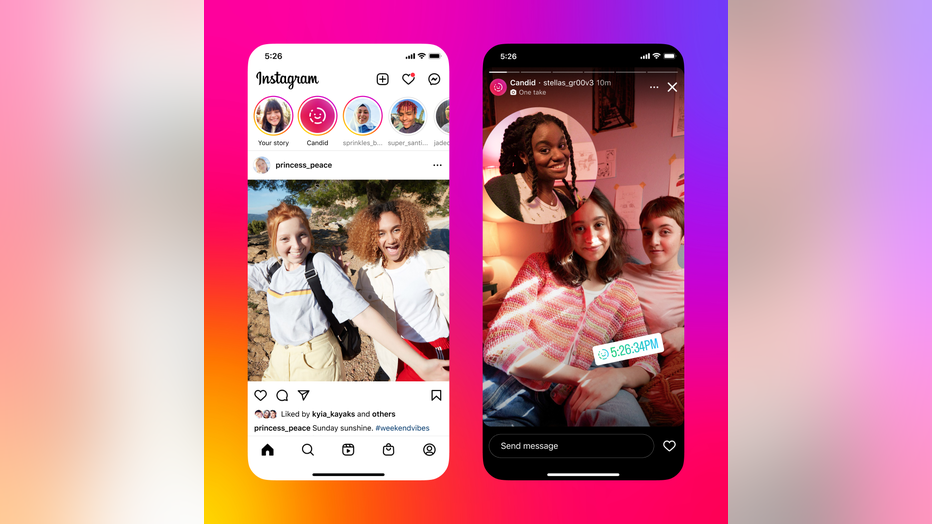 The Candid Stories example is shown in a provided image. (Credit: Meta/Instagram)

The ability to share spontaneous, less-curated photos — as well as a daily reminder notification to do so — mirrors much of what the BeReal app does. The camera captures a photo from a smartphone’s front and back camera, switching from the two within seconds.

The app, which encourages users to upload unpolished photos, has soared in popularity this year. As of August, the app had been downloaded more than 43 million times, according to FOX News, citing app intelligence firm Apptopia.

The social media platform BeReal is advertised as a genuine way to share daily life with friends. (Credit: FOX News)

For its part, Meta said Instagram users who don’t want to receive the daily notification reminder of Candid Stories can always turn it off in settings. The company said it’s also testing a similar feature on Facebook Stories.

A third item Instagram debuted this week is an update to the "Add Yours" feature in Stories. The app is testing a new update where users can invite friends to participate by tapping "pass it on" when they see a prompt.

"Since we launched Add Yours in Stories last year, we’ve seen how prompts help inspire people to share in unplanned and creative ways," Meta said.

Lastly, Instagram is testing new features "to give people more ways to collaborate and connect with friends in groups." Soon, people will be able to create and join something called "Group Profiles," in which they can share posts and stories in a dedicated, shared profile with friends, the company said. 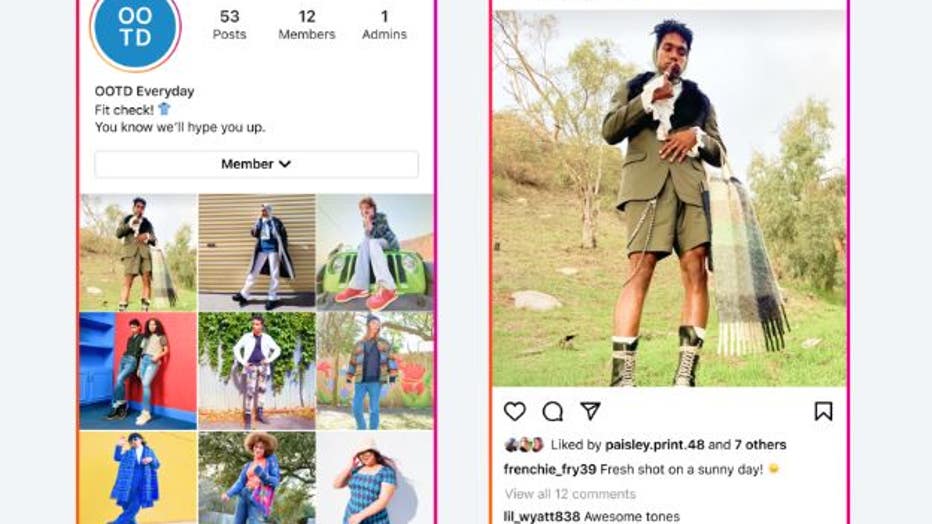 An example of "Group Profiles" is pictured in a provided image. (Credit: Meta/Instagram)

To create a new group profile, users can tap the + and select "Group Profiles."