His plan would include an additional $4.1 billion to the McCleary decision to fund basic education, $162 million for special education, and a measure to allow districts to levee up to 28% of combined state and federal dollars by 2020. 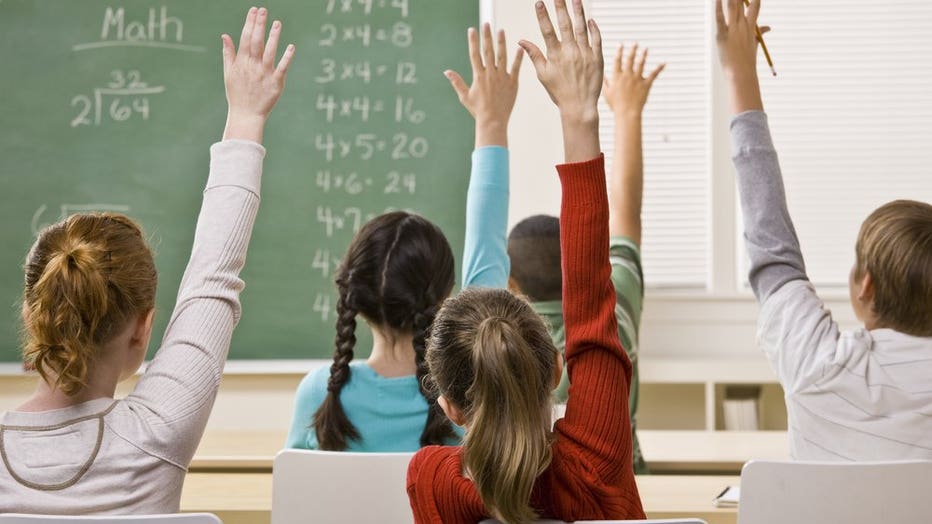 But not so fast if you ask Peninsula School District Assistant Superintendent John Hellwich.

“He said well we’ve eaten the meal and now we have to pay the bill. And it’s disappointing that the leader of our state doesn’t see that there’s still food left on the plate. We see it in many areas, special education is still underfunded even with his proposal and we really get hurt in the facilities area,” said Hellwich.

The district is running out of space for portable classrooms next to the over-populated buildings.

“We have ten elementary schools worth of kids crammed into eight schools,” said Hellwich.

A bond initiative to fund new schools and renovate others failed six consecutive times.  Instead of just needing the majority to win, state law requires districts to get 60% of votes, something Hellwich says lawmakers can change.

“We would like to see him champion the simple majority. We failed our last bond measure with 59% which is a landslide victory in any other election,” said Hellwich.

But Governor Inslee says raising the levee to 28% will help struggling school districts.

“I do believe the mixture of state financing for basic education and the ability of local communities to determine their own destiny and their own children that fits their own communities is important in our state,” said Inslee.

But Hellwich argues raising the levee would make it even harder to get a bond measure passed.  He says the governor’s plan puts the burden on taxpayers in the district.

“Despite the massive and necessary state funding increase for public schools in recent years, there are still areas we need to do better,” Braun said in a prepared statement. “But those investments should be made at the state level so we can support all students in all communities. While the governor may pitch this plan as a return to the old levy system, he’s failing to acknowledge how the significant increase in state spending on K-12 education factors into a 28 percent levy cap – meaning it allows a much larger amount of money to be raised locally. This would again make some high-income communities winners and low-income areas losers. This comes after our previous plan rebalanced significant statewide inequities and is set to provide 70 percent of state residents with local education property tax relief."

Hellwich argues the levee only covers enrichment, not staff salaries or facility improvements.

“We would like to see the governor and the legislature feel the same sense of urgency that we feel around this issue,” said Hellwich.

The bond will go on the February ballot.  After that, the district has one last chance in April.  If that doesn’t pass, Hellwich says dire consequences with talk of double shifting, which means some kids going to school in the morning, others in the afternoon.  There’s even the possibility of year-round schooling.