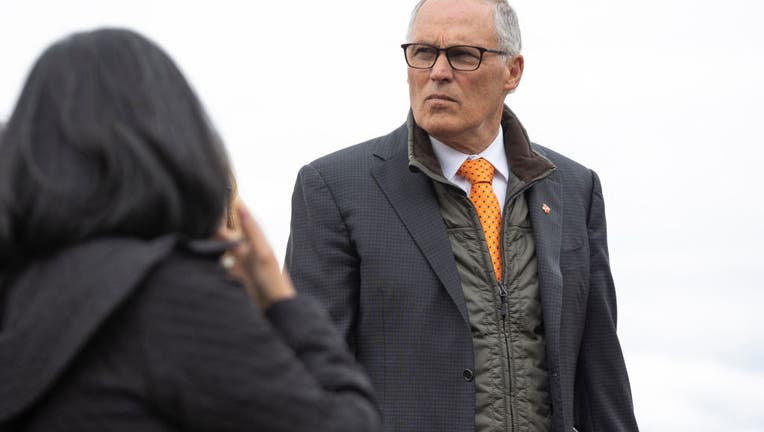 SEATTLE - Gov. Jay Inslee’s appointments to an obscure regulatory panel have cost Washington state $70,000 in a public records lawsuit settlement — and forced the governor to name new appointees, according to a report from The Seattle Times.

The dispute centered on Inslee’s handling of appointments to the Washington State Building Code Council, which establishes minimum standards for new construction, including rules for energy efficiency, plumbing and fire safety.

State law says two of the council’s 15 members must be nominated by trade associations representing residential and commercial builders. But Inslee last year ignored builder group recommendations and instead named two of his own picks.

The Building Industry Association of Washington and the Associated General Contractors of Washington sued over the appointments and filed another lawsuit saying the governor’s office failed to turn over relevant documents after a public records request.

The state later admitted that a member of Inslee’s staff had made a material false statement in a sworn court declaration by saying one of Inslee’s nominees had been put forward by another building trade group, when he had not.

In a Dec. 10 court hearing, Thurston County Superior Court Judge James Dixon called that misrepresentation "at a minimum … negligent. It may have been reckless, it may have been intentional." But he declined to immediately impose sanctions against the state over it.

In April, the state and the builder groups agreed to a single settlement agreement of both lawsuits.

The builder groups say it should not have taken litigation to get Inslee to follow the law.

Inslee spokesperson Mike Faulk noted in an email Friday the settlement stipulated the governor’s office did not act "in bad faith" on either the appointments or the records.

Washington Gov. Jay Inslee and Lt. Gov. Denny Heck tested positive for COVID-19 and are experiencing "very mild" symptoms, their offices announced Wednesday. Both offices say they have not been in proximity to each other recently, and the cases are not related.