OLYMPIA -- With the Legislature set to open next month, Gov. Jay Inslee on Tuesday presented his 2014 budget that calls for $200 million in additional spending from what lawmakers have already passed.

“Today’s budget is one that holds us steady for now,” Inslee said at a news conference. 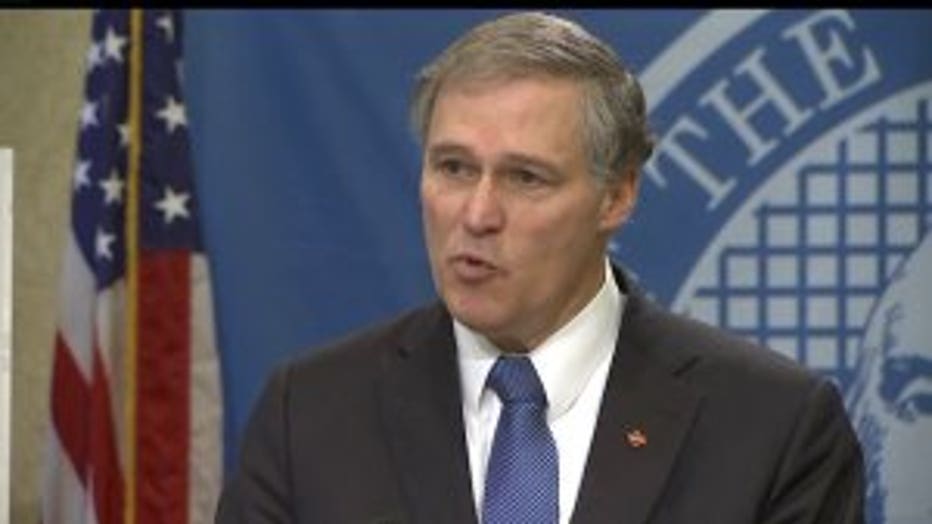 The state drafts budgets every two years, so Inslee’s proposal on Tuesday was really a supplement to a plan that has already been adopted.  Call it a tweak.

Because of the recovering economy, there are a few more dollars to spend, but there are also additional costs that weren’t expected just a few months ago, including more kids in schools and more inmates in prisons.

“The good news is, our economy continues its slow, steady recovery from the worst recession in generations,” Inslee said, “but we’ll have to make some tough decisions again next year.”

The governor warned that the big budget showdown will be in 2015, when he says Washington state will need for more revenue, especially in light of the state Supreme Court’s finding that public schools are underfunded.

“That situation is untenable,” he said.  “I fully intend to rectify it next year.”

But next year isn’t good enough for Washington’s teachers, who have worked without a pay increase since 2008.

“The word ‘frustrated’ is putting it mildly,” said Kim Mead, president of the Washington Education Association, after hearing Inslee’s spending proposal for 2014.

“So what you see now are public school employees going with 16% less in their pockets because of the promise that it’s going to happen maybe next year, maybe the next budget system.”

Mead implored Inslee and other lawmakers to “follow through” on promises to teachers.

Inslee said he would have proposed more money for teachers in 2014, but that the Republican-controlled Senate would never go for it.

“I’m a realist and can count votes,” Inslee said.  “But next biennium we will have to face the music in this fiscal situation.”

But generating more revenue a year from now won’t likely be any easier given the current situation in Olympia.

“Raising taxes in the lazy way out,” said state Sen. Andy Hill, R-Redmond.  “The hard problem is when you dig in.  You say, how are we running government, how are we spending money, how do we re-prioritize that?”

In 2015, Republicans intend to do what they did this past year, which was hold the line as much as possible on new taxes.  But it’s clear that the governor is going to fight hard.

While Inslee’s 2014 tweaks are likely to make it through the Legislature next year, 2015 is clearly going to be a fight.