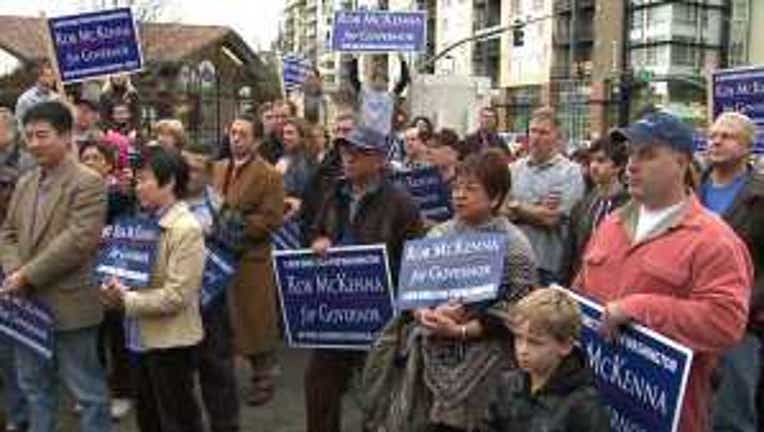 With Election Day only four days away, both Washington state gubernatorial candidates for governor held rallies Saturday reminding people to get out and vote.

And with the latest KCTS 9 polling showing the race neck-and-neck, the message was shouted loud and clear.

“Everywhere we’ve gone we’ve been delivering the same message," Republican candidate Rob McKenna said Saturday. "We’re going to win if we get our ballots back."

“We move forward," Inslee said. "We do not move backwards. That’s who we are."

Both campaigns expect the large amount of advertisements to continue. Phones will keep ringing off the hooks. Both sides said they’ve made well over a million calls each. Volunteers will continue to go door-to-door delivering their messages.

Until a winner is announced, neither candidate will give up on this office in Olympia.

McKenna said it wouldn't just be the governor's race that would be close.

“Not just mine but several of the contests on the ballot are going to be close," he said. "It’s very important that everyone talks to their family to make sure they’re voting.”

Both McKenna and Inslee said the finish line was just around the corner, and they encouraged their supporters to press on.