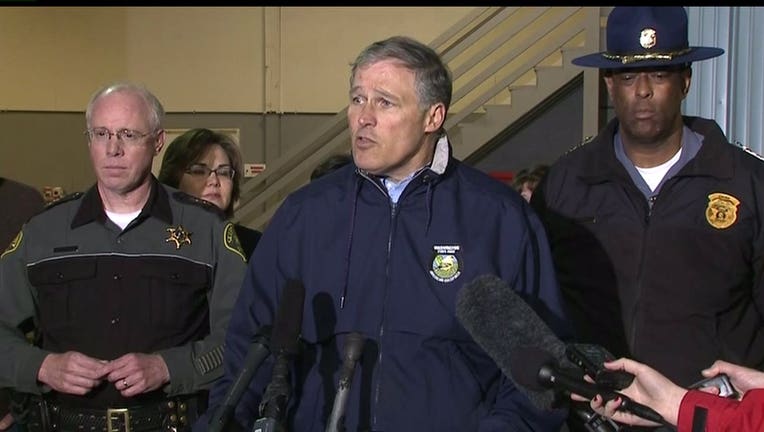 OLYMPIA -- Gov. Jay Inslee issued an emergency proclamation Friday after a section of an Interstate 5 bridge over the Skagit River collapsed and crashed into the water.

The governor's office released Proclamation 13-04, stating the Washington State Military activated the State of Emergency Operations Center and setting up a base of operations. The Proclamation provides a clear path for the state to receive federal funding.

The collapse will cause "extensive disruption of the primary north and south bound transportation route through Western Washington," Inslee said.

"Repairs and necessary interstate highway closures require the approval of Washington's Secretary of Transportation, and the Washington State Department of Transportation is coordinating resources and working to implement damage repairs," Inslee said in the release."

Early estimates show the cost of bridge repair will be around $15 million. The federal government promised at least $1 million towards repair of the bridge.