OLYMPIA -- Gov. Jay Inslee on Monday repeated his call for a hike in the state’s gas tax, up to 10 cents a gallon, to fund road and bridge projects across Washington. 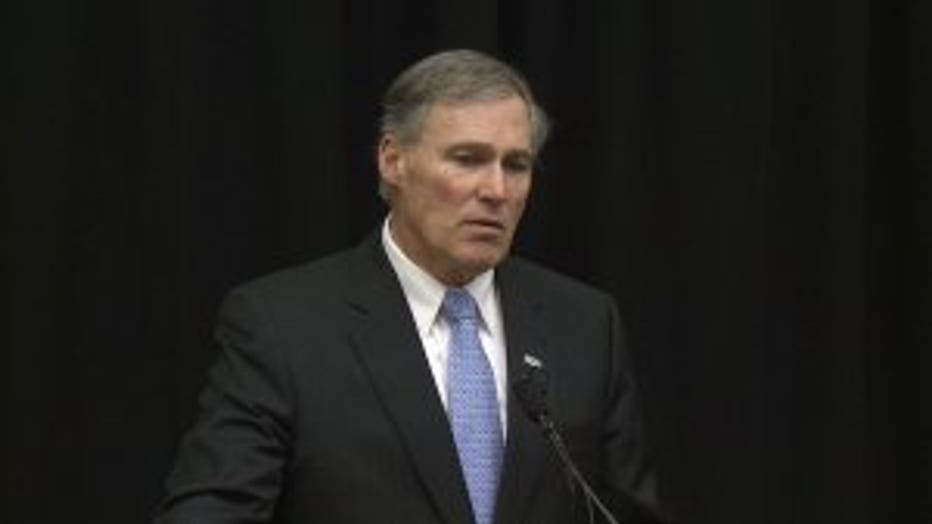 It’s the cornerstone of an $8.5 billion plan he’s urging lawmakers to approve, even as they stand at an impasse over the state’s operating budget.

The governor addressed a large morning rally on the steps of the Capitol.

“One out of five bridges, today, are functionally obsolete in the state of Washington,” Inslee said. “We cannot allow the erosion of this system to begin, and that’s going to happen if we don’t act today.”

The governor has said that a major priority during the Legislature’s special session includes the transportation package, in addition to an operating budget.

The tentative project list for the gas tax package includes improvements to Interstate 405, State Routes 167 and 509, the North-South Freeway (U.S. 395) in Spokane, and other corridors.

The governor argued the multibillion-dollar plan will help with roads and with the state’s high unemployment in the construction sector.

But the gas tax is going to be a hard sell with the conservative-led state Senate. “The reality is that there is just no appetite for paying more for gas tax,” said Majority Whip Ann Rivers, R-Clark County.

Rivers said cynicism with the state’s Department of Transportation is just too high, especially with the recent pontoon cracks on State Route 520 that will cost taxpayers $100 million to fix.

“We need to see that the money is being spent a lot more wisely before we start throwing good money after bad,” said Rivers.

One question before lawmakers, even if there are the votes to pass some kind of gas tax increase, is whether they send it to voters to make the final decision this fall.