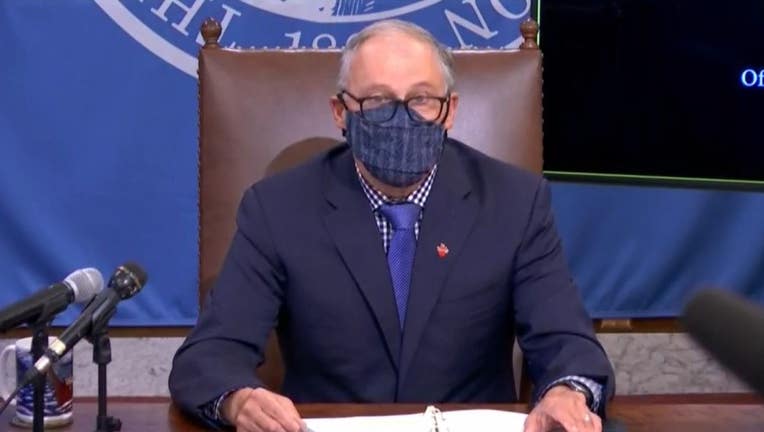 OLYMPIA, Wash. - Washington Gov. Jay Inslee is planning to grant as many as 1,200 commutations for people on community supervision whose drug convictions have been deemed unconstitutional by the Washington Supreme Court.

This spring, Inslee issued commutations to the handful of incarcerated people serving prison terms solely due to the overturned statute.

The ruling has made thousands of people eligible to get their records cleared and get paid back for legal financial obligations they paid while incarcerated or on supervision, but it has added to a backlog in the courts.

The Seattle Times reported that Inslee’s office said that as of Monday afternoon, the Democratic governor has signed 129 commutations for this latest round, and a spokesman said in an email that "new orders are being issued daily at this point, between 15 and 30 a day."

"I am committed to doing what I can to try to remedy the situation and assist the courts who are doing what they can to get through this backlog of cases," Inslee said in a news statement.

The governor’s office is now allowing those on community supervision who only have felony drug-possession convictions to petition directly for commutations, according to Inslee’s office.

The petition form also directs DOC to stop collecting fines and fees imposed on top of a criminal sentence, according to Inslee spokesperson Mike Faulk. Individuals will still have to go through the courts, however, to get back money they have already paid.