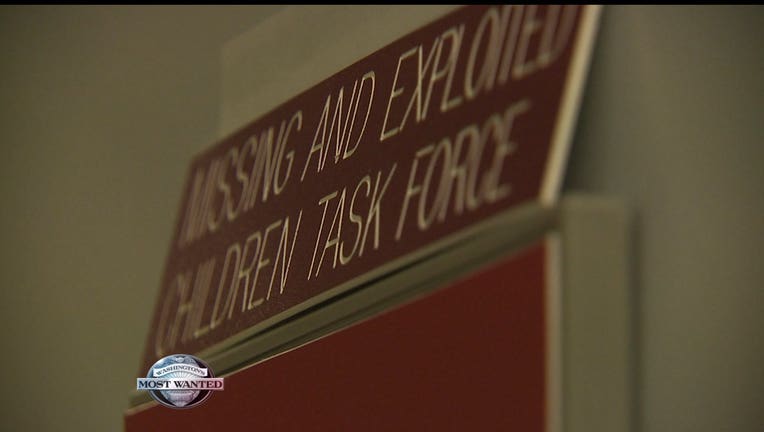 It is estimated there are 27 million victims of human trafficking worldwide according to a new report released by the U.S. state department. Most of those victims are sex slaves and much of the selling and grooming happens online and through other means of technology. Lieutenant Ron Mead is with Washington State Patrol’s Missing and Exploited Children’s Task Force. He sees the problem every day and says, “I would say that human trafficking and child exploitation is one of the biggest problems and probably one of the most under noticed problem in law enforcement today. There’s very few areas that you’re not going to discover a child that’s being victimized or exploited in some manner, in some community everywhere we live.” But the way these children are being trafficked is changing. An undercover officer with the task force we’re calling “Curtis” explains, “That’s kind of an old notion, the walking the streets sort of prostitute that the movies played up for years.  Now it’s a much more discrete business venture for these people.” “Curtis” poses as underage girls online. He says that grooming and even selling people using technology is a growing trend, but it’s not just computers anymore, “There’s just a big emergence now of phone applications, smart phone applications that are becoming the portable versions of the online presence, Explains “Curtis.” Today, he is pretending to be a 14-year old girl using the application KIK, one of the dozens of aps available to anyone. “They don’t use phone data minutes, they often times connect to WIFI so, they get all the same bang for no buck on the internet and there’s no way to follow up on them in a lot of cases,” “Curtis” says. But what’s even scarier is the communication between complete strangers. Remember, “Curtis” is pretending to be a girl in the 7th grade, but within seconds was quickly bombarded with messages from several men asking to see naked pictures. Some of the text reads, “would you date a 29-year old guy” and  “U want a pic of me”? “Has a guy ever seen you naked” and then the startling “show me.” When the detective refused to provide pictures, the conversation still escalated with the men asking things like “Have you ever had sex” and “Would you do it with me”? And it didn’t stop there.  “Wanna see my huge co**?” As if the sick boldness of this 29-year old man isn’t disgusting enough, a quick check of his Facebook page shows over 1,000 friends and most of them are girls clearly under the age of 18. Police say parents need to talk to their kids about communicating with or friending only people they know and not opening the door to danger. “They start off innocently enough, and then over a period of time, be it weeks or months, these suspects will groom girls or boys into doing things they wouldn’t otherwise do. And once they have them, they use that against them as sort of a threat that they’ll out them, tell their parents, tell their friends, post it on  the internet,” Mead says “If somebody wants to commit a crime, as technology advances so too does the criminals use of the technology.” . “I think that technology is becoming the vehicle to get to the victims, but it’s the same old process just a different way to get there,” added Curtis” WSP’s Missing and Exploited Children’s Task Force is one of the few public agencies that accept donations. The more money they have, the more man power they can put to combating this growing issue in our communities. You can help MECTF put a stop to those who victimize our children. Pursuant to RCW 13.60.110(4), the Washington State Patrol is directed to seek financial assistance in the form of grants and gifts to support the work of the task force. Please make checks payable to MECTF. For other donations or support please contact us at (360) 704-2410