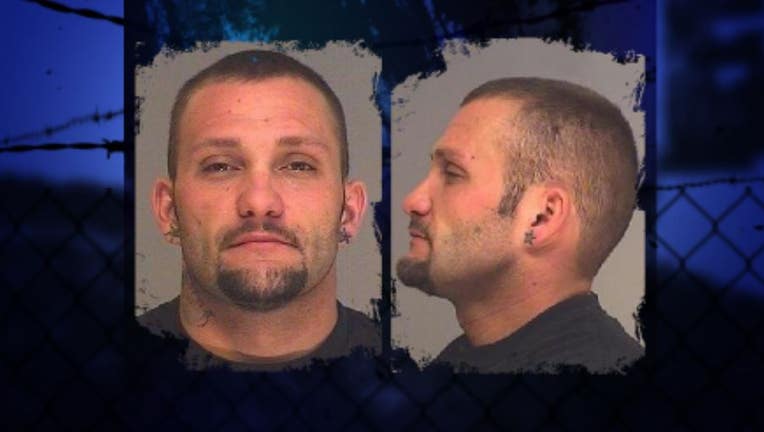 FUGITIVE CAPTURED October 13, 2015 -- The Spokane County Sheriff's Office says Daniel Murinko was arrested and booked into the Spokane County Jail on Tuesday night. WANTED IN SPOKANE COUNTY October 9, 2015 -- The hunt is on in Spokane County for an escaped inmate. Deputies say Daniel Murinko was on work release and picking up garbage at the county fairgrounds when he took off last month. He was in custody for two DUI convictions. He's 5’9”, 185 pounds and inked with a bunch of tattoos on his arms. If you know how to help deputies get him back behind bars, call an anonymous tip into: CRIME STOPPERS: 1-800-222-TIPS You must call the Crime Stoppers hotline with your tip to be eligible to receive a cash reward for information leading to a fugitive’s arrest. CLICK HERE for information on how to TEXT A TIP to Crime Stoppers.