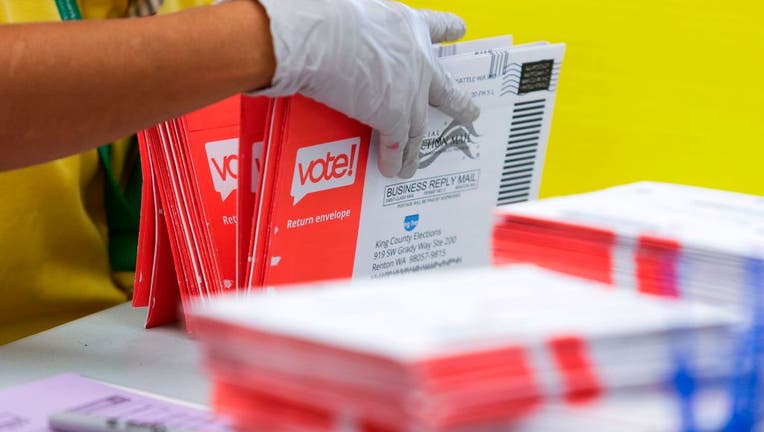 SEATTLE - An initiative that would alter the way Seattle elects mayors, city attorneys and City Council members is headed toward the November ballot.

Elections authorities said Wednesday the Initiative 134 campaign, run by a group called Seattle Approves, has secured enough qualifying signatures, The Seattle Times reported. Under the proposal for "approval voting," a voter would be able to select multiple candidates in each primary race rather than only one.

The process next moves to the City Council, which can pass the initiative into law, send it to the ballot or send it with a competing proposal.

Proponents say approval voting provides a more accurate picture of voter views. It is designed to advance candidates with broad appeal, and would be simple to implement.

"Seattle’s leaders must represent everyone," Sarah Ward, campaign co-chair of Seattle Approves, said in a written statement Wednesday. "Initiative 134 will make Seattle’s elections as representative as possible, so that its leaders represent the entire electorate."

RELATED: Notice: Letters being sent to King County voters asking for signatures are not junk mail

Notice: Those King County Elections mailers asking for a signature update are not junk mail

Some registered voters in King County are receiving a letter from the Elections Office with a magenta envelope looking very similar to an envelope containing a ballot, but it’s not a ballot-- it’s an attempt to update a voters signature on file but some voters have been calling the election’s office asking if the request is legit.

Approval voting is similar to but not the same as ranked-choice voting, which other Seattle-area reformers want to implement. With that method, voters select multiple candidates ranking them in order of preference.

The Seattle Approves campaign raised more than $460,000 and spent over $323,000 through May, according to public filings.

Seattle Approves was launched by Logan Bowers and Troy Davis. Bowers ran unsuccessfully against City Councilmember Kshama Sawant in 2019, placing sixth in the primary. Davis is a tech entrepreneur.