Inflammatory breast cancer: Rare, yet deadly, and the signs are 'not subtle'

Dr. Ko Un Park, a surgical oncologist at OSU’s Comprehensive Cancer Center, discusses the signs of inflammatory breast cancer, treatment, and other things to know about the rare, yet deadly form of the disease.

COLUMBUS, Ohio - While self-exams are important to help identify signs of breast cancer, not all forms begin with a lump, including a particularly aggressive type of the disease known as inflammatory breast cancer.

In fact, most women are unaware of the unusual signs and symptoms of inflammatory breast cancer, which can include redness of the breast, thickening of the skin, or one breast feeling warmer and heavier than the other, according to a new national U.S. survey conducted just ahead of Breast Cancer Awareness Month.

The deadly yet rare form of the disease doesn’t look like typical breast cancer because it frequently doesn't cause a breast lump, and it is not commonly picked up by a mammogram, according to the American Cancer Society and the IBC Network Foundation, which offers research and support for patients.

It also tends to grow and spread more quickly compared to other types of cancer, often in a matter of days or weeks. 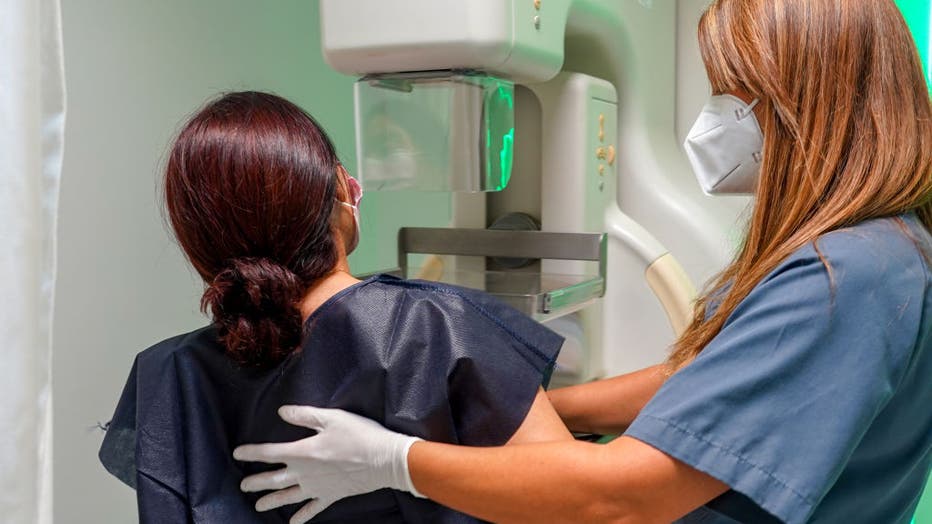 FILE - A woman with the help of a nurse gets a mammogram on International Breast Cancer Day on Oct. 19, 2021, in Seville, Andalusia, Spain. (Photo By Eduardo Briones/Europa Press via Getty Images)

Patients are Stage III or Stage IV when diagnosed, depending on whether cancer cells have spread only to nearby lymph nodes or to other tissues as well.

Inflammatory breast cancer only represents 1% to 5% of all breast cancers in the United States. And because it’s so rare, patients with symptoms like tenderness, redness, warmth, and itching are often misdiagnosed as having a breast infection or inflammation, such as mastitis for those breastfeeding.

"The main difference is, number one, inflammatory breast cancer will not improve with antibiotics," said Dr. Ko Un Park, surgical oncologist at Ohio State University’s Comprehensive Cancer Center - The James. "Number two, when we do mammograms or other imaging workups, we find an abnormality and ultimately the biopsy will demonstrate cancer."

It found that four in five women (78%) recognize a lump in the breast as a sign of breast cancer. However, less than half of women would flag redness of the breast (44%), pitting/thickening of the skin (44%), or one breast feeling warmer or heavier than the other (34%) as possible symptoms of breast cancer — and specifically, inflammatory breast cancer.

The term "inflammatory breast cancer" comes from the symptoms of breast inflammation, which occurs due to cancer cells blocking lymph vessels in the skin and causing the breast to look "inflamed."

"These changes are not subtle," Park, who leads a new Inflammatory Breast Cancer Program at OSU, told FOX Television Stations. "It’s not like a small mosquito bite.. or a rash that can sometimes occur in the breast. These are large changes that occur on at least a third of the breast, and these are rapidly progressing changes."

Park said patients often say they noticed changes as quickly as overnight in the breast. 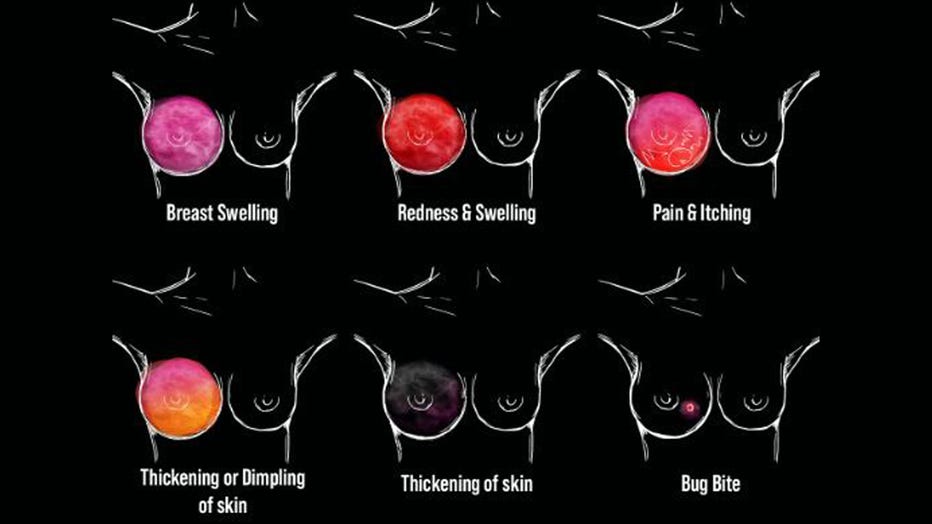 Park noted that even in the medical community, physicians and providers are not accustomed to thinking about a red breast as a sign associated with inflammatory breast cancer because it is such a rare disease.

"One of the common things that we hear from patients is that they had to advocate for themselves that this does not seem like it's improving with antibiotics," Park said, noting that the goal of the new inflammatory breast cancer program at OSU is to increase awareness of the disease and expedite diagnosis and treatment.

While inflammatory breast cancer has a historically reported five-year survival rate of around 40%, advances in care have helped patients live longer.

Recent studies have shown that with the right treatment, the five-year survival rate is closer to 70% for Stage III patients and up to 50% for newly diagnosed Stage IV patients, according to the University of Texas’ MD Anderson, which also has a cancer clinic dedicated to the treatment inflammatory breast cancer.

Women should ‘be their own advocate’

Inflammatory breast cancer tends to occur in women younger than age 40, according to the American Cancer Society. Black women appear to develop the disease more often than white women, and it’s also more common among those who are overweight or obese.

But Park emphasized that this form only accounts for just a small percentage of all breast cancers.

"Inflammatory breast cancer, fortunately, is a rare disease — and so patients do not need to panic if they experience a red breast. They seek the appropriate care and often times it is a breast infection or a rash that will improve," she said.

But if the improvement doesn’t occur in a few weeks, and the changes in the breast seem to worsen, Park said patients should advocate for themselves and if needed, seek out care at a specialized center to ensure they’re appropriately diagnosed.

"I think it's really important for women to be their own advocate. Women are so good at advocating for other people in general and family members, but oftentimes don't advocate for their own health," Park said. "Hopefully, given the month of October is Breast Cancer Awareness month and with the (inflammatory breast cancer) program, we can really help women be their own advocate."