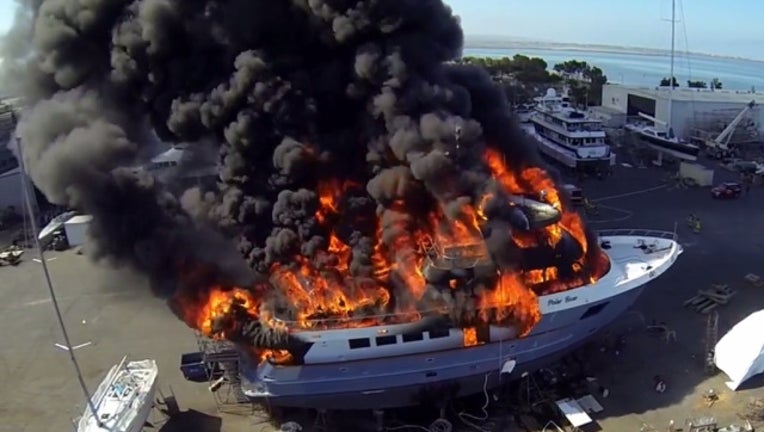 CHULA VISTA, California (KSWB) — A dry-docked multimillion-dollar yacht burned for hours Thursday at a Chula Vista boatyard as firefighters poured thousands of gallons of water on the blaze to prevent if from spreading to other boats, FOX 5 reported.

The fire at the Marine Group Boat Works was reported about 9:10 a.m., according to the San Diego Fire-Rescue Department.

Workers at the boat yard evacuated when flames began pouring out of the Polar Bear, a steel-hulled yacht powered by twin Caterpillar engines.

Fire crews poured multiple streams of water into the boat for more than five hours, but the fire continued to burn below deck.

Officials said the boat was probably a complete loss. They estimated the damage at between $15 million and $18 million.

What caused the boat to catch fire had yet to be determined, but workers speculated that it may have been sparked by someone working in the boat with a welding torch.