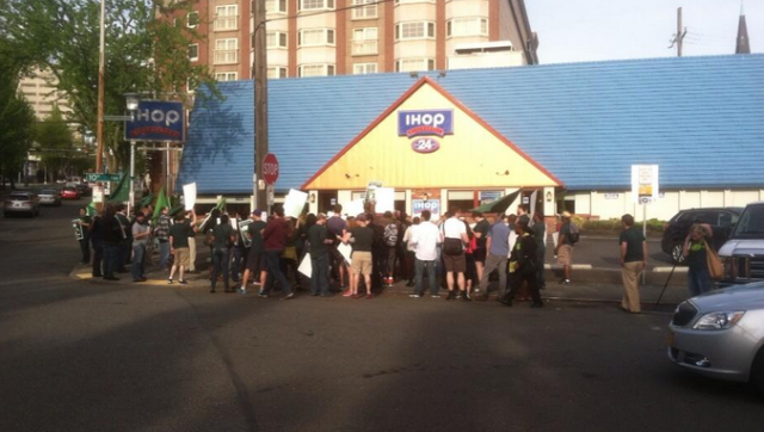 Workers walked off the job at IHOP on Capitol Hill Thursday morning.

SEATTLE -- Fast food workers around the city plan to walk out of their job in protest Thursday morning, again rallying behind a $15-an-hour minimum wage.

Workers from the IHOP in the 900 block of E Madison walked off the job around 7 a.m. and joined others marchers at Cal Anderson Park to march for an increased minimum wage. Activities and marchers started at 6:30 a.m. at Cal Anderson Park and were expected to end at 4 p.m. at Westlake Park. Exact strike and walkout locations have not yet been announced.

The workers protested as a call for a higher wage in Seattle, and as part of a "global movement" to call on corporations across the country to pay $15 an hour, leaders of the advocacy group Working Washington said.