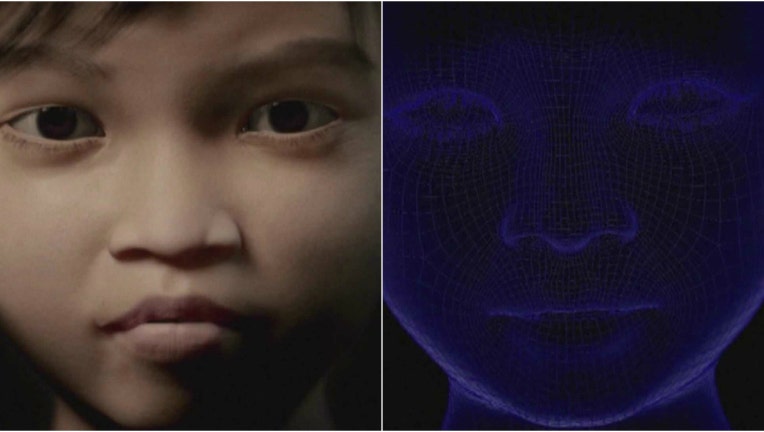 NEW YORK — An Australian man recently became the first person to be convicted as the result of an online sex sting centered around a virtual girl.

“My name is Sweetie. I’m 10-years-old, I live in the Philippines,” the computer generated girl said as a way of introducing herself. “Every day, I have to sit in front of the webcam and talk to men. As soon as I go online, they come to me. Ten, 100, every hour. So many.”

Men from around the world find “Sweetie” in online chat rooms, mistake her for a real child and ask her to perform sex acts in front of her webcam. The men who solicit her have so far gone unpunished, until now. An Australian man who contacted “Sweetie” was recently sentenced to two years in prison on charges related to child sex abuse. What the man did not realize as he was trying to exploit “Sweetie” is that she was the one fooling him.

“What they don’t know – I’m not real. I’m a computer model, made piece-by-piece to track down these men who do this,” the animated character said.

A Dutch charity NGO Terre Des Hommes created “Sweetie” to pose on Internet chat rooms and bait men who go online to prey on children. In 10 weeks, 1,000 men offered the virtual child money in exchange for her to perform explicit acts.

“We were actually quite taken aback by the findings of our Sweetie project, because you’ll forget about the stereotype,” Hans Guyt, of Terre Des Hommes, said. “Most of these men that we encountered on the Internet were so-called ordinary men. People with wives, people with families with children, with jobs, with cars, with houses with mortgages, with debts, you know ordinary men.”

As for the man convicted in Australia, the judge found it did not matter that “Sweetie” was a “virtual child.”

“What counts is that the man in question considered and thought he was dealing with a child from the Philippines,” Guyt said. “In most countries there is a huge legal problem because in many countries – it’s not even allowed – police don’t even have a mandate to carry out undercover or sting operations. We have to allow the police to carry out further investigation, to be much more active and have an active presence on the Internet.”