BOISE, Idaho - The overturning of Roe v. Wade by the U.S. Supreme Court with a 6-3 vote on Friday triggers a 2020 Idaho law banning all abortions except in cases of reported rape or incest, or to protect the mother’s life.

That law takes effect 30 days after the court’s decision, negating the state’s current law allowing most abortions up to viability at about 24 weeks.

"Idaho has been at the forefront of enacting new laws to protect preborn babies," Republican Gov. Brad Little said in a statement, noting he signed the 2020 trigger law.

"However, we fully acknowledge this monumental moment in our country’s history means we must confront what (we) know will be growing needs for women and families in the months and years ahead," he said. "We absolutely must come together like never before to support women and teens facing unexpected or unwanted pregnancies." 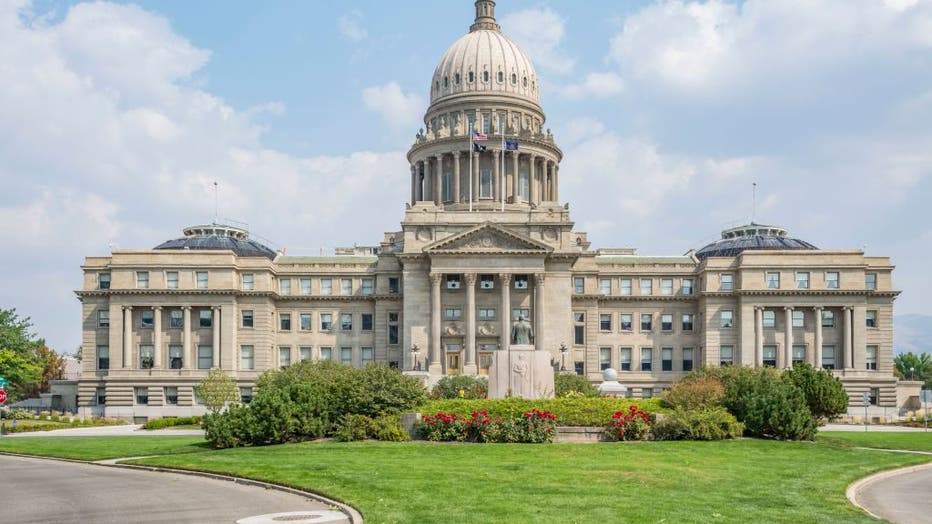 The Idaho State Capitol building in Boise home of the government of the state of Idaho . (Photo by: Education Images/Universal Images Group via Getty Images)

Under the trigger law, the person performing the abortion could face a felony prosecution punishable by up to five years in prison.

In cases of rape or incest, the law requires pregnant women to file a police report and provide a copy of the report to the provider prior to an abortion.

"I never expected to see such a grave rollback of our rights in the 21st Century," said Democratic Rep. Lauren Necochea, who also chairs the Idaho Democratic Party. "In 30 short days, a trigger law banning safe and legal abortions will go into effect, stripping away Idahoans’ reproductive rights. This law is especially cruel because it only applies to those who don’t have the resources to find a way around it. People of means will be able to flee the state to receive abortion care, while Idahoans facing low wages, including a disproportionate share of people of color, will face involuntary pregnancy."

The U.S. Supreme Court has overturned the landmark 1973 Roe v. Wade case that legalized abortion nationwide, letting the states have the final say, according to the final opinion that was previously leaked but finally issued Friday. The ruling on a case known as Dobbs v. Jackson Women’s Health Organization sets in motion a series of events that will likely lead to abortion being banned or severely restricted in roughly half of the 50 states.

Planned Parenthood in a statement said it would continue to provide abortion care in Idaho as long as it was legally able to do so.

The Supreme Court is set to rule on 13 remaining cases before the end of June. As the clock ticks, many are focused on the landmark 1973 ruling of Roe. V. Wade, the fate of which, if overturned, would be in the hands of each individual state.

The regional Planned Parenthood before the U.S. Supreme Court’s ruling had already closed its clinic in Boise, Idaho’s state’s largest city, leaving two other locations open in Twin Falls and Meridian. It said it is opening a new clinic in Ontario on the Idaho-Oregon border, about a 45-minute drive from Boise.

This year, Idaho lawmakers also passed a Texas-style ban prohibiting abortions after about six weeks of pregnancy and authorizing family members to sue medical providers for performing an abortion. That law is on hold following a challenge by Planned Parenthood. The Idaho Supreme Court is scheduled to hear arguments in August.

If the Idaho Supreme Court upholds the state’s Texas-style abortion ban, with Roe v. Wade now tossed aside, a medical provider who performs an abortion in Idaho could face a lawsuit and criminal charges.

Pregnant women in Idaho seeking abortions will have to travel out of state, with the nearest abortion providers in Washington, Oregon, Nevada and Colorado.

"No one should have to flee their state to access safe healthcare," Boise Mayor Lauren McLean said on Twitter. "I remain steadfast in my support for all people who need access to abortion care & stand with them in fighting for privacy in health care decisions."