TikTok personality Ashley Guillard accused Rebecca Scofield, an associate professor and chair of the history department, of perpetrating the murders of four students at the university in Moscow, Idaho. The lawsuit, filed Wednesday, points to numerous videos posted to the platform that attempted to tie the teacher to the killings.

MOSCOW, Idaho - A history professor at the University of Idaho is suing a cyber-sleuth for defamation after the would-be detective accused her of involvement in the campus slayings last month.

TikTok personality Ashley Guillard accused Rebecca Scofield, an associate professor and chair of the history department, of perpetrating the murders of four students at the university in Moscow, Idaho. The lawsuit, filed Wednesday, points to numerous videos posted to the platform that attempted to tie the teacher to the killings.

"The statements made about Professor Scofield are false, plain and simple," Scofield’s attorney Wendy J.Olson told Fox News Digital in a statement. "What’s even worse is that these untrue statements create safety issues for the Professor and her family."

"They also further compound the trauma that the families of the victims are experiencing and undermine law enforcement efforts to find the people responsible in order to provide answers to the families and the public," the statement continued. "Professor Scofield twice sent cease and desist letters to Ms. Guillard, but Ms. Guillard has continued to make false statements, knowing they are false."

The University of Idaho will be bolstering its security presence on campus and adding several services for students returning to school for their spring semester, as investigators hunt for answers in the still-unsolved Moscow murders.

"Thus, this lawsuit became necessary to protect Professor Scofield’s safety and her reputation."

Guillard posted a video Friday responding to the lawsuit, saying, "I am not stopping," and questioning why Scofield needed three lawyers to sue her "if she's so innocent."

Kaylee Goncalves, Madison Mogen, Xana Kernodle, and Ethan Chapin were stabbed to death inside a three-story home between 3 a.m. and 4 a.m. on Nov. 13. The victims were found on the second and third floors, while two female roommates on the first floor slept through the attack, according to police.

The lawsuit alleges that Guillard started posting on Nov. 24 and directly blamed Scofield, stating that the professor "had been involved in a relationship with one of the murdered students, K.G. [Kaylee Goncalves]." 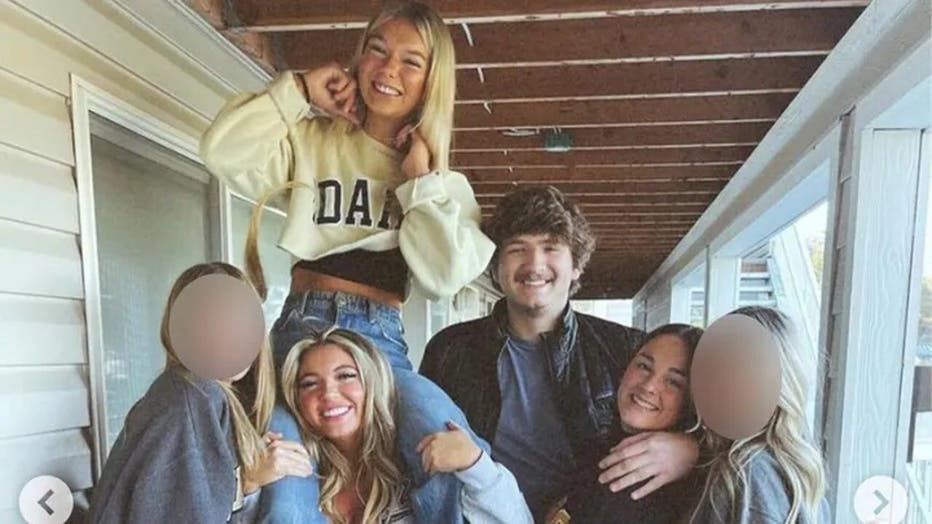 Scofield started working at the university in 2016 and took the position of department chair in 2021, according to the Idaho Statesman. In the lawsuit, it states that Scofield was in Portland visiting friends at the time of the killings and had never taught or met any of the victims.

"She fears for her life and for the lives of her family members," the complaint states. "She has incurred costs, including costs to install a security system and security cameras at her residence. She fears that Guillard’s false statements may motivate someone to cause harm to her or her family members."

Moscow Police have yet to name a suspect and have had to dedicate time to helping control the rampant rumors and theories that have circulated due to the murders. The police have even included a section in regular press releases called "Rumor control," aimed at quashing rumors about the murders, victims or possible perpetrators that spread online.

Officials have warned that law enforcement officers have been monitoring rumors on social media and noted in a Dec. 9 press release that "[a]nyone engaging in threats or harassment whether in person, online or otherwise needs to understand that they could be subjecting themselves to criminal charges."