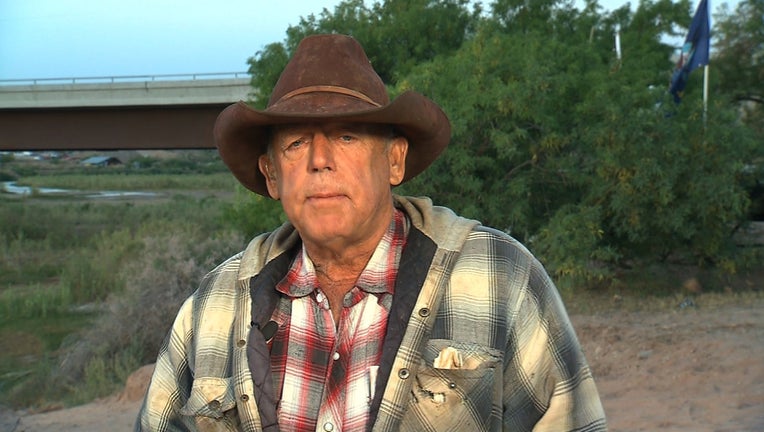 LAS VEGAS - An Idaho man who served more than four years in federal custody for his part in an armed 2014 standoff against federal agents near states’ rights figure Cliven Bundy’s Nevada ranch is suing the U.S. government and prosecutors for damages.

Todd Engel seeks $100 million in a civil rights and conspiracy complaint filed Sept. 7 in U.S. District Court in Las Vegas, where a judge in January 2018 found flagrant prosecutorial misconduct and dismissed criminal charges against Bundy and more than a dozen other defendants, including Engel.

"It’s important that people have access to the facts," said Craig Marquiz, the Las Vegas-area attorney who authored the lawsuit accusing the government, three lead prosecutors, an FBI agent and four Bureau of Land Management officials of fabricating the criminal case that led to Engel being branded in the media as a domestic terrorist.

The a 48-page document details the prosecution of 19 people that ultimately led U.S. District Judge Gloria Navarro to find government conduct "outrageous" and to declare "a universal sense of justice has been violated."

Officials with the FBI, Bureau of Land Management and U.S. attorney’s office in Las Vegas declined Tuesday to comment about the lawsuit.

Government prosecutors maintained that Bundy racked up more than $1.1 million in unpaid grazing fees and penalties by March 2014 by letting his cows roam on public property.

Bundy continues to argue the U.S. government has no jurisdiction on land his family has grazed for generations surrounding his ranch about 90 miles northeast of Las Vegas. He and his sons pleaded on social media for help, and hundreds of supporters arrived from at least 11 states.

The standoff came to a tense end in April 2014 with Bundy backers, including Engel, positioned on a high Interstate 15 overpass with military-style assault rifles looking down on a group of heavily armed land management agents and contract cowboys facing a crowd of men, women and children in a dry river bed below.

No violence resulted and no injuries were reported. But the event became a symbol for advocates of states’ rights, anti-federal policies and the sovereign citizen movement.

Engel was arrested in early 2016 — about the same time a group including Bundy’s eldest sons, Ryan and Ammon Bundy, ended more than a month occupying a federal wildlife reserve in Oregon.

Engel, now 54 and living in northwest Idaho, served 54 months in federal custody before and after his jury trial in 2017 with five other defendants on charges that could have gotten each of them more than 100 years in prison.

Engel represented himself in court and was convicted of obstruction of justice and interstate travel in aid of extortion. He was sentenced to 14 years in federal prison. Four of his co-defendants were acquitted. One remains in prison.

After Navarro dismissed charges against Bundy, his sons and others who stood trial in a third group among the 19 people initially indicted in the case, an appeals court granted Engel a new trial.

The government eventually dropped charges against Engel, and Navarro in September 2020 threw out his conviction.