SEATTLE - Police are looking for a man who opened fire on a busy Saturday afternoon in downtown Seattle.

Video captured the suspect walking at 4th and Pine with a woman and a small child. Police say he got into an argument with people handing out religious pamphlets near Westlake Center, when he reached into the purse of the woman with him, grabbed a gun and fired five shots.

The video shows people running from the sounds of the gunfire.

"By the grace of God, no one gets hit," police said.

While nobody was hurt, there was some damage at a Starbucks, where a window was damaged by one of the bullets.

Later, you see the suspect appear on camera in Pike Place Market with the woman and the same very small child.

Police say he has long hair, possibly braided and in pig tails, and a long beard. He was also barefoot at the time.

If you recognize him or have any information that could help get this man in custody, submit an anonymous tip to Crime Stoppers of Puget Sound through the P3 Tips app on your cell phone or call the hotline at 1-800-222-TIPS. You will be paid a cash reward of up to $1,000. 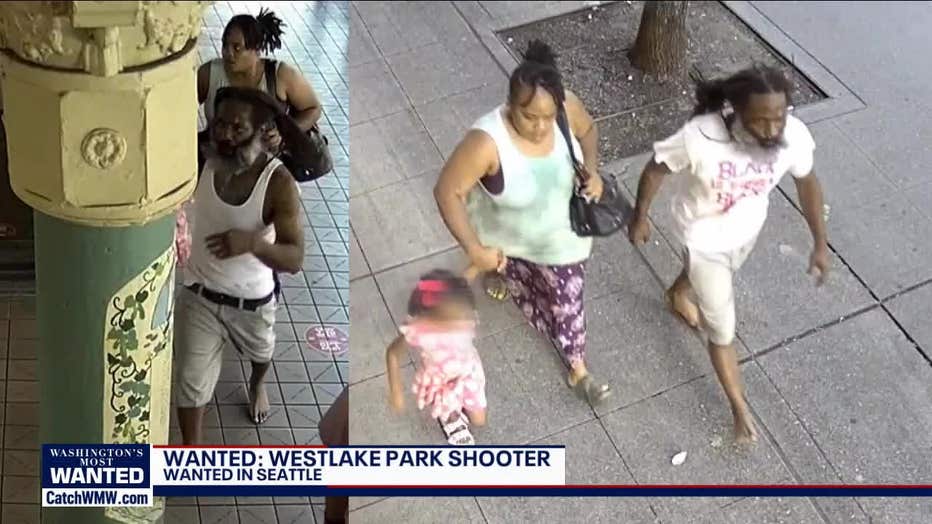