Detectives say he entered the Sound Credit Union on 148th Ave SE at 5:08 P.M. on Tuesday, November 9th and asked if the teller could help with cashing a check.  He then gave a demand note to the teller, pulled out a red and black gun and walked behind the desk and put the gun into the side of the teller’s back.

He ordered the teller to put all of the money into the gray and blue backpack he was carrying and then left on foot. 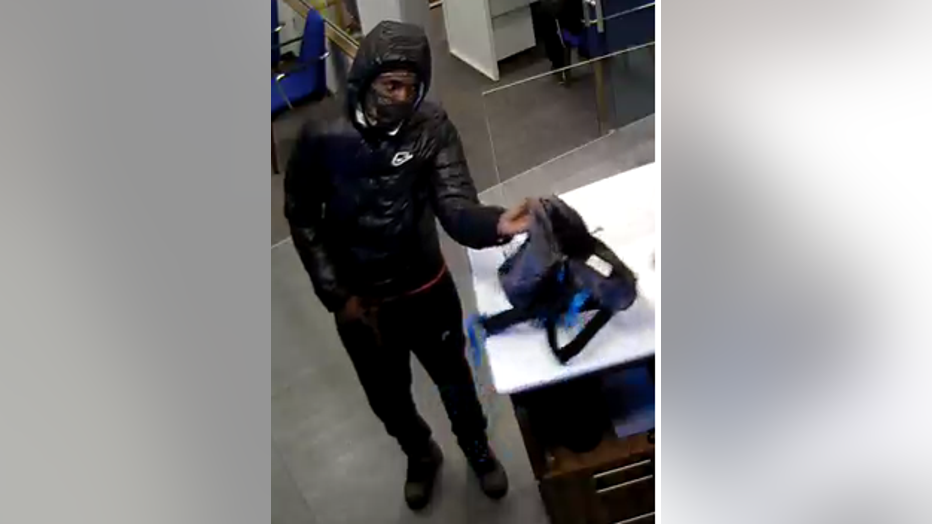 The suspect is described as Black, in his twenties, wearing a camo balaclava, black Nike jacket with a hood, black pants and black shoes. 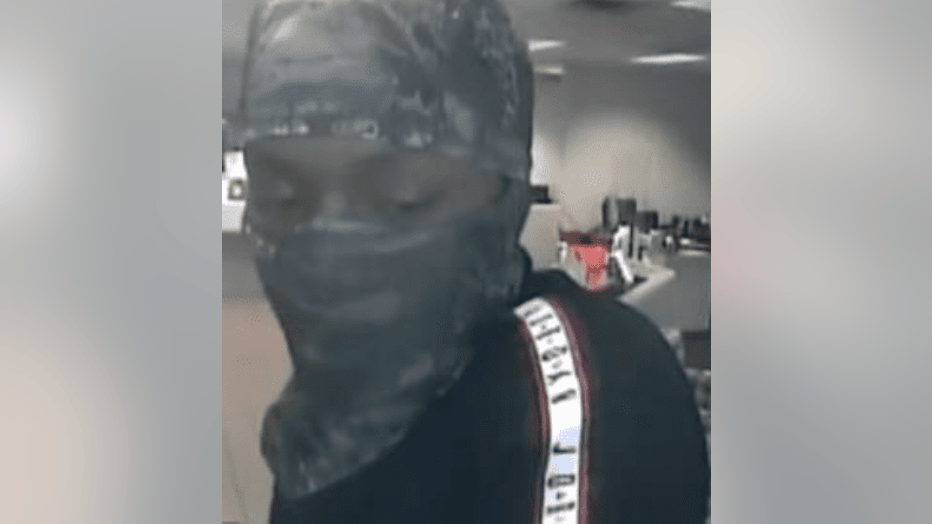 Police in Seattle believe the same suspect and a second man are responsible for at least 6 bank robberies in the Greater Seattle area over the past three weeks. 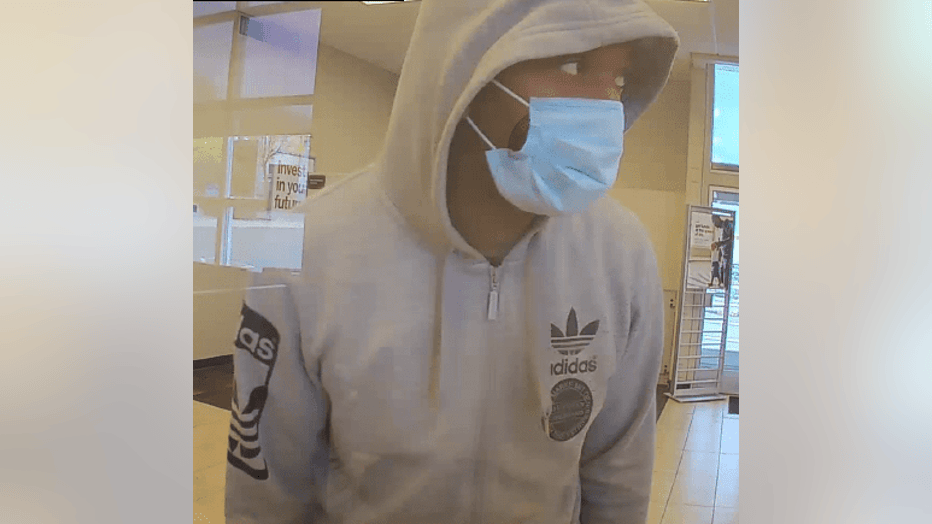 Detectives say their behavior has become increasingly violent with one of the suspects firing three rounds through the glass door of a bank in Federal Way. 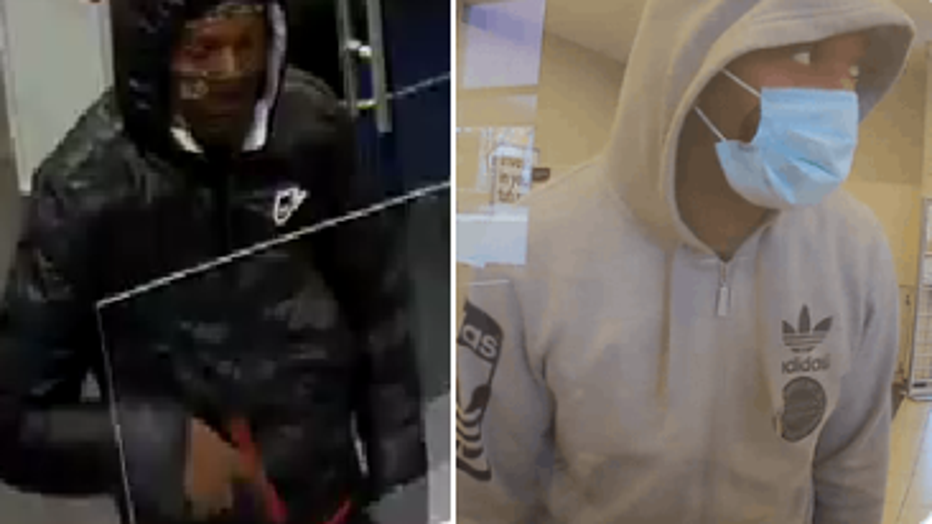 Crime Stoppers offering a cash reward of up to $1,000 for the ID of either suspect

If you can identify either suspect, Crime Stoppers of Puget Sound will pay you a cash reward of up to $1,000 for information that leads to an arrest.  Text your tip anonymously through the P3 Tips App on your cell phone or call 1-800-222-TIPS (8477).  You can also submit tips at www.P3Tips.com.