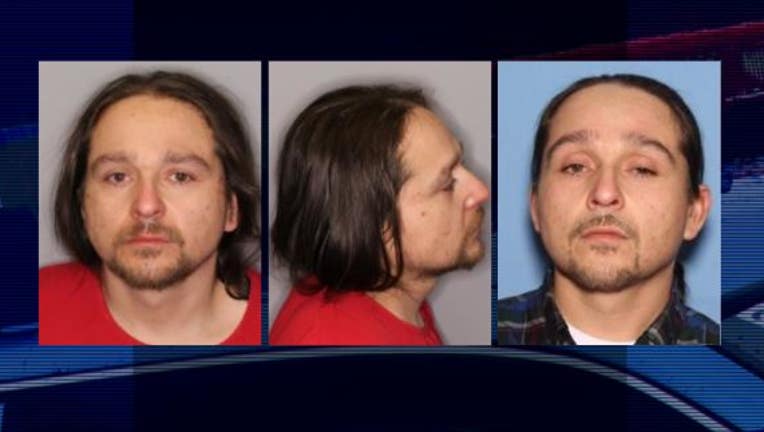 CAPTURED - On Friday, November 6, 2020 at approximately 2:00 PM, members of the U.S. Marshals led, Pacific Northwest Violent Offender Task Force, along with members of the Seattle Police Department and the King County Sheriff’s Office apprehended Steven Abrahamson.  He was located in a car at 25th Ave. S and S. Hill St. in Seattle thanks to a tip to Crime Stoppers of Puger Sound.

"The Task Force, Seattle PD, the Marshals office, all of them went based on one tip to a location and did they find him? Yes they did.  He was in a vehicle and as they tried to approach the vehicle, he took off and he hit several of the U.S. Marshals vehicles but he was stopped, taken into custody and put in jail where he belongs and for that, we say, ‘Thank you’," said Ret. Det. Myrle Carner with Crime Stoppers of Puget Sound who is paying the tipster a $1,000 cash reward.

Abrahamson is WMW Capture #1185 thanks to tips from our viewers.

Homicide detectives are asking for the public’s help to find 37-year-old Steven Abrahamson.

King County Prosecutors have charged Abrahamson with Murder 2nd Degree and issued a nationwide warrant for his arrest. Bail will be set at $2 million once he is in custody.

Police say Abrahamson has recently been spotted in the West Seattle and White Center areas.

He's accused of running down 34-year-old Derrick LeComb in his maroon Ford Crown Victoria at a high rate of speed following an argument in West Seattle on August 24th.

LeComb was thrown into the greenbelt in the 6500 block of 25th Ave SW and died from his head wounds and other injuries.  Detectives say Abrahamson fled without ever stopping to check on LeComb or call for help.

His vehicle was found three days later abandoned near 14th Ave SW and SW Thistle St in West Seattle. It had significant damage to the right front portion of the vehicle and blood on the windshield. The passenger side mirror housing was also missing. It matched the one found at the crime scene.

LeComb’s mother says Abrahamson and her son were like brothers.

"I think I was more angry when I thought it was somebody else. Now, I'm more hurt,” said Debra LeComb.

She is urging Abrahamson to surrender.

“I truly believe that you are sorry for what you did Steven. If you would just come to me, I'll help you. I love you Steven, and I love Derrick, and this hurts so much,” said LeComb.

“His wife asked that we could catch him before we have to put Derrick in the ground,” said LeComb.

That did not happen though, as LeComb's family laid him to rest last week, leaving his wife grieving and devastated by her loss and Abrahamson still on the run.

LeComb says her son loved his family and would always keep them laughing.

Abrahamson is 5’07, 150 lbs with a thin build.  He may be in West Seattle or in the Spokane area where he has family.

“Steven,  please, just turn yourself in, put an end to all this stress for you, for your family, for me and our family,” pleaded LeComb, who is urging him to contact his family and to get in touch with her.

“I will hug you Steven. I will cry with you,” said LeComb.

Crime Stoppers of Puget Sound is offering a $1,000 cash reward to anyone who can tell Seattle Police where to locate Abrahamson.

“We're looking for a guy that's probably pretty sad, probably very remorseful. He's scared. If you're running this guy around, you could be charged as an accomplice or as someone helping to evade the police. You're doing a great job sending us tips. This guy lives in homeless camps, but he has not left the area, which tells me somebody watching the show knows exactly where he's at right now," said Ret. Det. Myrle Carner with Crime Stoppers of Puget Sound.

Abrahamson may be with a woman and again, has recently been seen in the West Seattle and White Center areas. If you spot him, please call 911 and then immediately submit a tip to Crime Stoppers so you can be eligible for the cash reward.

If you know where he is staying or how to find him, call 1-800-222-TIPS (8477) or text the information anonymously through the P3 Tips App on your cell phone. It’s free to download. You can also submit tips at www.P3Tips.com.